The undefeated pride of the south, Bo Rangers FC, secured a vital 2-3 away win over FC Kallon in their mid-week Premier League Super Wednesday clash at Angola field in Freetown.

The Elephants masterminded their game plan very well as they finished off the 5 goals thrilling encounter as winners in a very tough atmosphere that saw the match paused for pitch invasion after fans from either side stormed the playing area on couple of times.

Due to the high tension in the match, two players were sent off for reckless behavior. Alie Conteh, the current leading goal scorer in the league was shown a red card for a nasty challenge on Bo Rangers forward, Abu Bakarr Bangura and Bo Ranger’s Esheik Kamara was sent off for his thoughtless retaliation on the FC Kallon forward, Alie.

The victory stretched their lead on the table with 14 points having played 6 matches with no defeat. 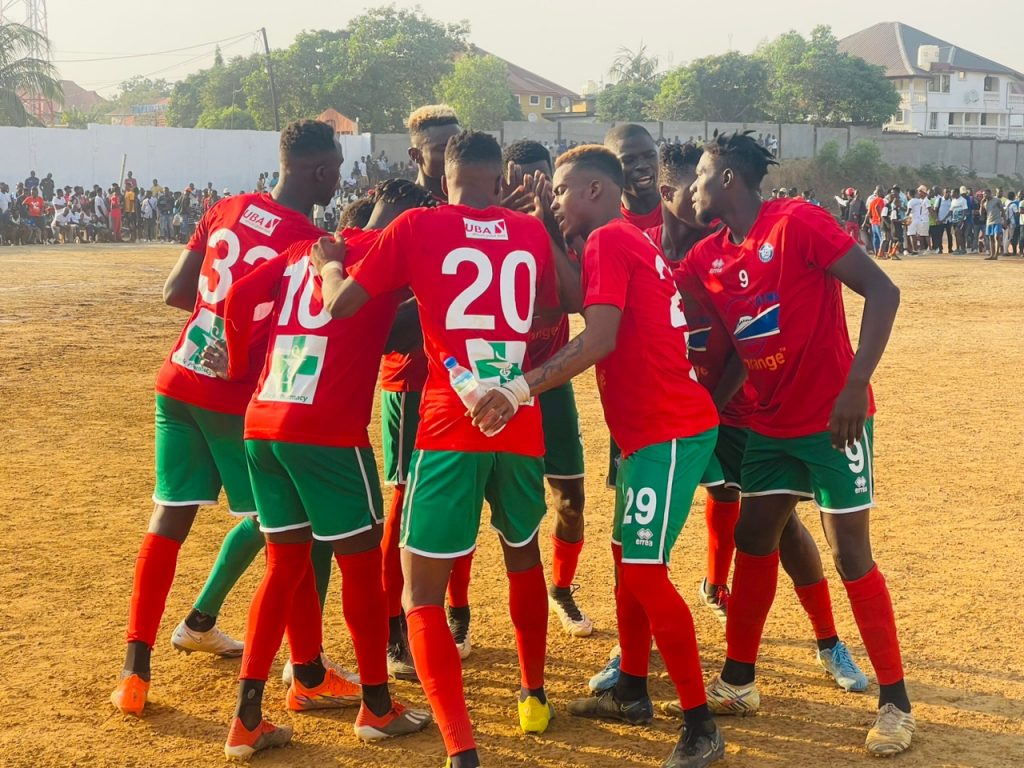 Abu Komeh netted the first goal in the match against his former club to put Bo Rangers ahead, before Alhassan Daramy slotted home the second goal for the Elephants from a set piece through the help of the FC Kallon goalkeeper, Issac Caulker who made a big blunder in his 6 yard box to earn the visitors a deserving 2-0 lead mid-way in the first half.

FC Kallon’s Baimba Sesay managed to keep the home side in the match as he scores a brilliant goal before half-time to reduce the pressure on their fans.

Shortly after the break, Bo Rangers returned into the match with high intensity, keeping the pressure on the Cavalier’s with couple of chances.

Midfielder, Mohamed Kabba wasted no time in increasing their lead with a fascinating finish in the second half that earns the visitors a 3-1 lead in the nail-biting match.

The FC Kallon technical team made some tactical changes that brings in some fresh legs that stopped the Bo Rangers free flow passes in their midfield and defensive areas.

The Cavalries fought hard to restore their pride in front of their fans as Daniel Karim scored a goal that revived their hopes with the results at 2-3 mid-way in the second half.

But the Elephants from Bo defended cleverly to maintain their lead as their goalkeeper Ibrahim Sesay made couple of brilliant saves to ensure they walk away from Angola field with all 3 points. 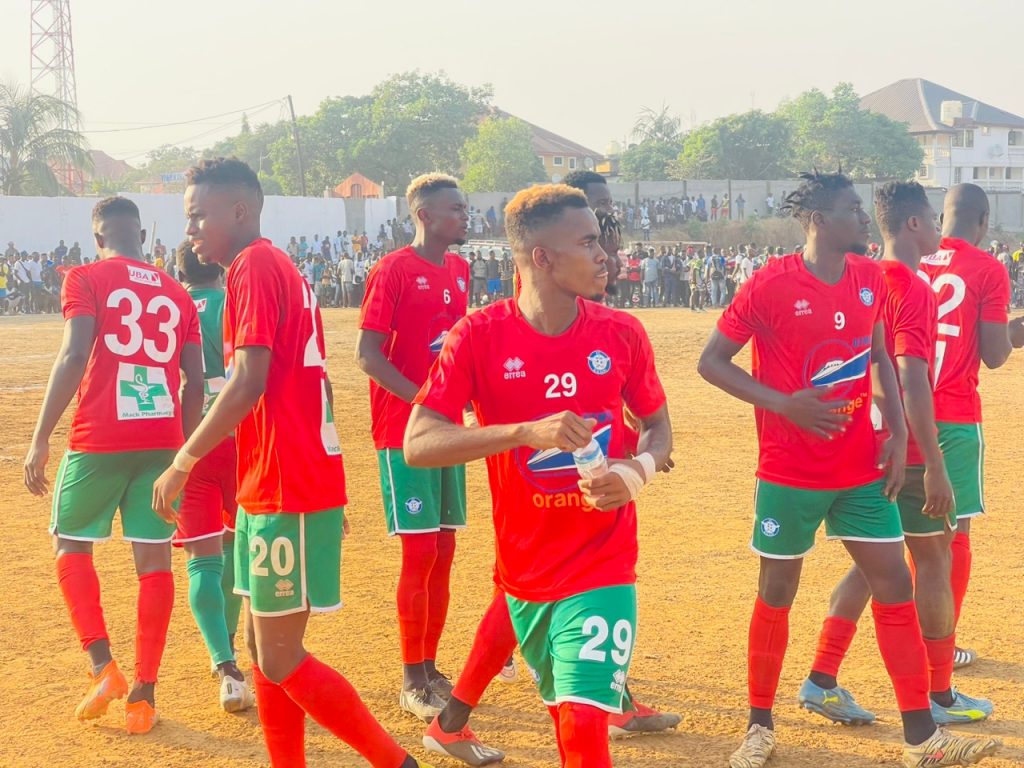 In the other matches, Old Edwardians maintains their winning streak as they record their third consecutive victory over Lamboi FC at the Police playing field in Freetown.

Samuel Grandi’s second half goal was enough to earn the May Park Boys the 3 points as they now sit 3rd place with 10 points on the league table.

East End Lions defeated East End Tigers 1-0 at home with a late goal at the Trade Centre playing field. The Killers sit second place behind Bo Rangers on the league table with 12 points.

Bai Bureh Warriors got an important away win over Freetown City FC at the Brima Attugha playing field and Central Parade hold Diamond Stars to a 1-1 draw.