The President of Sierra Leone Football Association (SLFA) Thomas Daddy Brima has openly stated that his office is welcoming anyone who want to conduct an audit with regards to Leone Stars trip to Dubai for a proposed friendly match with Algeria.

This came as a result of the press statement released by the Sports Writers Association of Sierra Leone (SWASAL), in which they called on the Anti-Corruption commission to investigate the Sierra Leone Football Association (SLFA), Ministry of Sports, and the National Sports Authority (NSA) on their clandestine trip to the UAE with the Sierra Leone senior national football team, Leone Stars, for “so called’ friendly matches.

According to the SWASAL press release, they are disappointed that the trip is shrouded in secrecy as local sports journalists were not even aware of their trip to UAE for the two scheduled ‘unofficial friendlies.

“The football authorities have not even published the list of the official delegation to UAE. A list being circulated on social media with the official logo/letterhead of SLFA states a delegation of over 50 people, including footballers, but that information is not on their website or social media platforms”.

The press release further stated that SWASAL is also concerned when it learned that majority of the officials who made the trip had no significance to either the players or the friendlies but were included for probably a jolly ride and the collection of per-diems.

“These people owe Sierra Leoneans a lot of explanation; they need to answer to so many questions including the total cost of the trip and how much the Government of Sierra Leone contribution.

“Other important questions the authorities need to answer include: Who organized the said friendly and what is the engagement fee? Who are the opponent teams?

“This is a very unfortunate and sheer waste of limited resources that could be utilized for the development of other sporting disciplines, for example, the national cricket team that is scheduled to play in the ICC Men’s T20 World Cup sub-regional qualifiers. We know football is popular but other sporting disciplines are in dire need of support to bring laurels to our country. Look at the recent achievement of

SWASAL condemns this negative tradition of including Government officials and other persons in the delegations of Leone Stars which in most cases has proven counterproductive and with negative outcomes.

Therefore, SWASAL Calls on the Anti-Corruption Commission to investigate the UAE international friendlies.

“The UAE trip is suspicious and it calls for an investigation. The government and its agencies responsible for sports in the country should be more responsible, transparent, and accountable in carrying out their duties. It is a disrespect to the local media and citizens for the authorities to make such an international trip without officially informing the public,” said Morris Jnr. 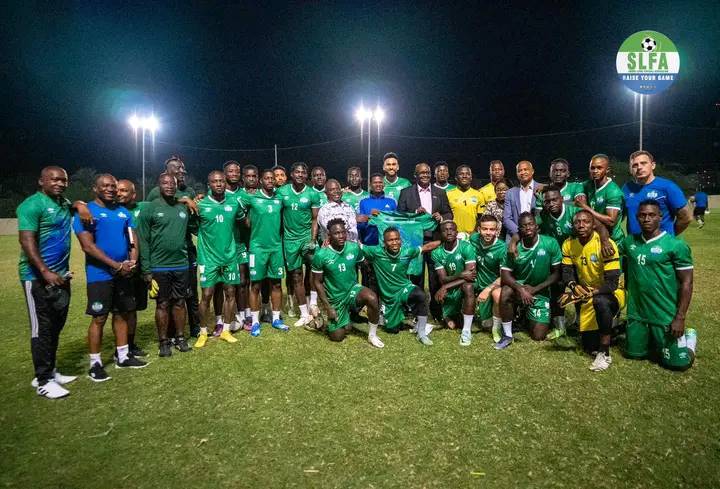 Replying to SWASAL press statement, the president of the SLFA, Thomas Daddy Brima acknowledged that the parent body for sports journalists in the country has called for an investigation. Stating, “It’s a welcoming idea to me, but they should also understand how this works”.

“We present the budget. It was approved by both the NSA and ministry of sport, verified or scrutinized by the ministry of finance before approval and payment”.

Adding: “because this is a line budget the accountant of the ministry of sports who is always on the ground to oversee and protect government interest retires by line and submit to accountant general’s office”.

“They are charged with the responsibility to accept or to investigate further before closure on such funds”, he said.

“I have also had people saying we came to Dubai without having a team to play. This is so annoying! How could FIFA give us clearance and the UAE football federation process our visas without a commitment of playing games on their soil?” Brima asked his critics.

“I must confess that few issues came up, but we are handling them accordingly. Lastly, people should understand that this is not a tournament, these games are organized for teams to be able to gelled there players especially the new call ups”.

“I should also say this to other sporting disciplines, football over the years has being the biggest sports in SL, and people should understand that it is an expensive sport, governments all over the footballing world knows the roll of football In  bringing any nation together that is one of the reason why they support us. I will love to also see support for other disciplines. Please do not use this against the SLFA. It’s really not our call”. 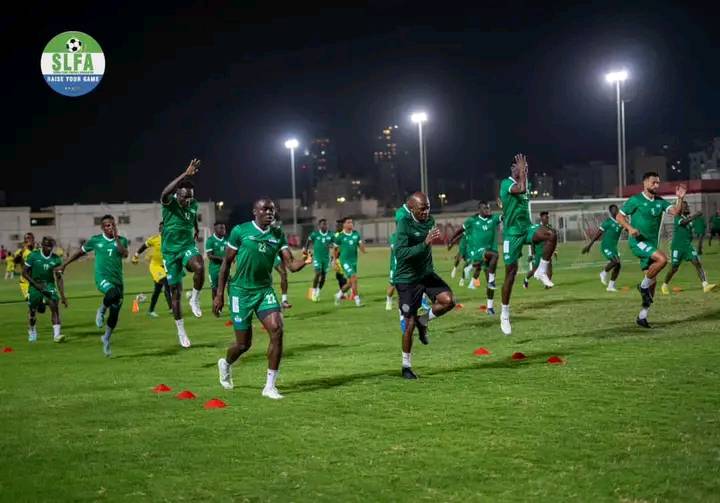 “The idea behind our travels is to allow us to prepare well to qualify for AFCON. This is the goal and I am sorry, I cannot be distracted”.

Brima further disclosed that the confusion surrounding their trip in connection to which team they will be playing, is due to the agent who is in charge of the friendlies because in his letter he told the FA that they will be playing a tier A game against Algeria.

“The agency can no longer get approval for them because there is already confusion as to who plays what. Regardless, we will play Algeria and the other options will be announced by tomorrow”, he added.

Meanwhile, many football fanatics across the country have questioned the trip and the importance of the friendly matches.