Sierra Leoneans around the world has raised concern over the continuous defeat and embarrassment the national senior men’s football team, Leone Stars have been facing under the watchful eye of the head coach, John Keister over the past months.

Many Sierra Leone football fans within and outside the country expressed their frustration towards the dismal performances of the team in recent matches played, especially the foreign based players and the technical team.

The Leone Stars was beaten 3-0 by the Algerian Under-23 side that is preparing for the CHAN tournament for local players in an international friendly match at the Fujairah Sports Stadium in Dubai.

It was a disastrous day for FC Kallon goalkeeper, Issac Caulker who conceded all the 3 goals in his debut for the national team, and the Captain, Steven Caulker was red-carded in the second half of the match.

After the match, fans expressed their disappointment on social media, calling on the government to stop spending tax payer’s money on the team, and also requested that the FA fire the coach and reshuffle the technical team. 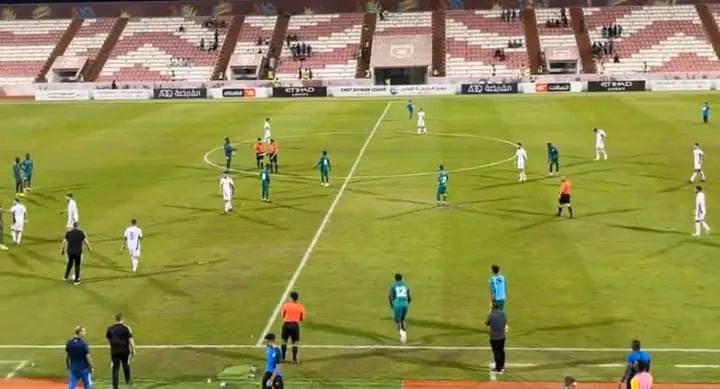 A die hard Leone Stars fan, Lucky Strong stated: “They need to change some players, but any way the national team is now their own property they don’t want to bring some other new players, always the same players with same outcome.  I am fed up”.

“Time to sack coach Keister. He cannot do the job. Having him as coach is waste of money. We need a better coach with a better pattern of play. Simple!” Mohamed Konneh noted.

Emmanuel Conteh said: “As long as this PE teacher continues to be the head coach, always expect this it’s not something new. Because he’s been favored, we will always remain like this”.

“Since Zengele, Alhaji, Musa Tombo and other players were left out of the national team some problem began to arise. National team is not a family team, no difference should be involved but only those that are willing and capable to play should be considered. Let’s forget about the commission and favoritism”, Anderson mentioned.

Kim Bas cited: “In Sierra Leone national team, these are the things they have to get rid of. From the coach down to the entire team staff they have to sack everyone. They have to check on minister of sports the SLFA president and all other staff members running around this national team. These guys are only destroying the country taxes without delivering anything progressive result”.

“Steven caulker should be sack out of this team. Steven caulker at his prime he never think of playing for Sierra Leone now that he is finished and can’t afford to get himself in any European football call up for England. He decided to come in Sierra Leone”, Bas lamented.

James Musa Kargbo called on FIFA to ban Sierra Leone from all competitions so they can fix their problem internally.

“Please FIFA, ban Sierra Leone national team from all international competitions. The government claims to spend trillions of Leones on those idiots without doing nothing for the country. Please FIFA do this to save our economy”, he stressed.

Prior to the friendly, a lot of questions was asked about the important of the match and why is the Sierra Leone senior national men’s grade A team is playing against Algeria grade B team (U23)?

Football fans believed that they shouldn’t have played that match as it would be a disgrace to the country.