Sierra Leone forward Augustine Williams continues his good scoring prowess as he netted late in the second half to help Charleston Battery secured a 3-0 win over New York Red Bull ll on Saturday, in front of a buzzing home crowd at Patriots Point.

Aidan Apodaca, Romario Piggott and Augustine Williams were all on target as Battery record their first home win over New York Red Bull ll in the history of the club. 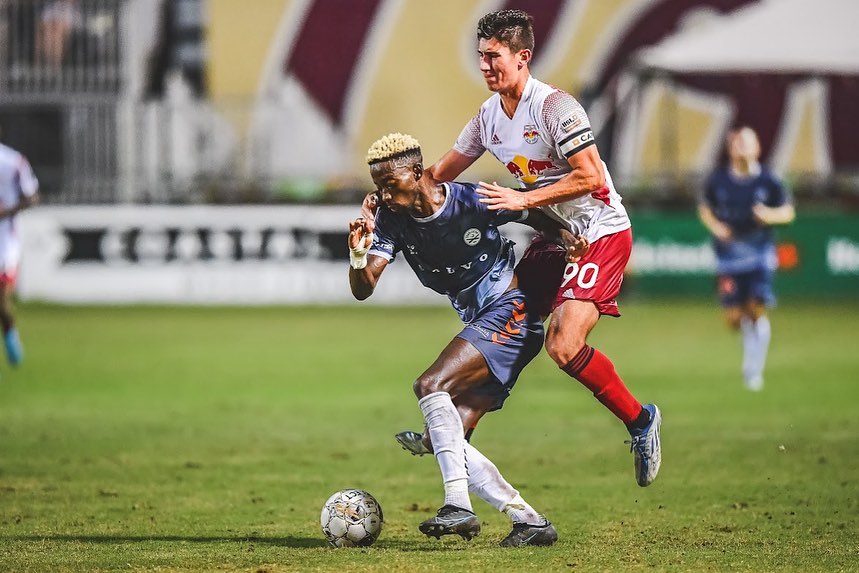 Augustine Williams sealed the victory for Battery with a stunning goal in the stoppage time (93+3 minute).  Williams breaks on the counter after Andrew send forward a long pass down the field. The in-form striker wasted no time as he ran past the defenders and clinically nets the goal. It was the 14th goal of the season for the Sierra Leonean striker.

Coach Casey: “I thought we came out. We looked sharp, really good mentality from our team. We set up two goals for tonight, one was to have a clean sheet and the other was to score back-to-back goals. So, we accomplished those. I’m just really proud, New York was a team that we should have beat and we did”.

“To get the first-ever win at home against New York feels great. We swept them this year. Rob, our owner, and his family were all here, so it was a great win, a great win for the club”.

“I think we refocused and that we were really disappointed with the Detroit performance, so they just dug in and got the job done. The guys continue to fight, they’ve continued to push each other and believe in each other. Tonight was a game that was tricky because we were expected to win. We haven’t been in that position a lot this year and it was good to see them really go for it”.

“I’m just really happy for our fans, that we’re able to give them something to cheer about because there hasn’t been as much as we would have liked this year. So, thank you for your continued support. Thank you and keep coming out. We’re looking to be able to do that a couple more times by the end of the year”, the gaffer said.

The Battery will face Tampa Bay Rowdies in their next home match at the Patriots Point on Saturday, September 10