The 2022 Commonwealth Games was officially declared open after a grand opening ceremony was held at the Alexander Stadium in Birmingham on Thursday.

About 4000 athlete’s attends the opening ceremony which was a showcase of the host city art and culture. And the ceremony was attended by Prince Charles as its chief guest.

Sierra Leone athletes paraded in the Alexander Stadium dressed in their traditional green, white and blue colors, showing great passion and determination to participate in this year’s games.

The West Africa nation have never won a medal in the commonwealth games, but they are a regularly participants.

The Games, set to be the biggest and most expensive sporting event in the UK since the 2012 London Olympics, have had to deal with the adverse impact of the COVID-19 pandemic.

The entire opening ceremony, which is expected to last about two and half hours, was created by British screenwriter Steven Knight, who had produced the famous crime drama ‘Peaky Blinders’. Talking about the CWG, athletes from over 72 nations and territories have entered the multi-discipline event.

Meanwhile, Sierra Leone swimmers will begin their journey in the games on Friday 29th July 2022, with Joshua Wyse and Isha Kanu both competing in the heats of the Breast Stroke and Butterfly categories at the Sandwell Aquatics Centre in Smethwick West Midlands at 10:30 AM. 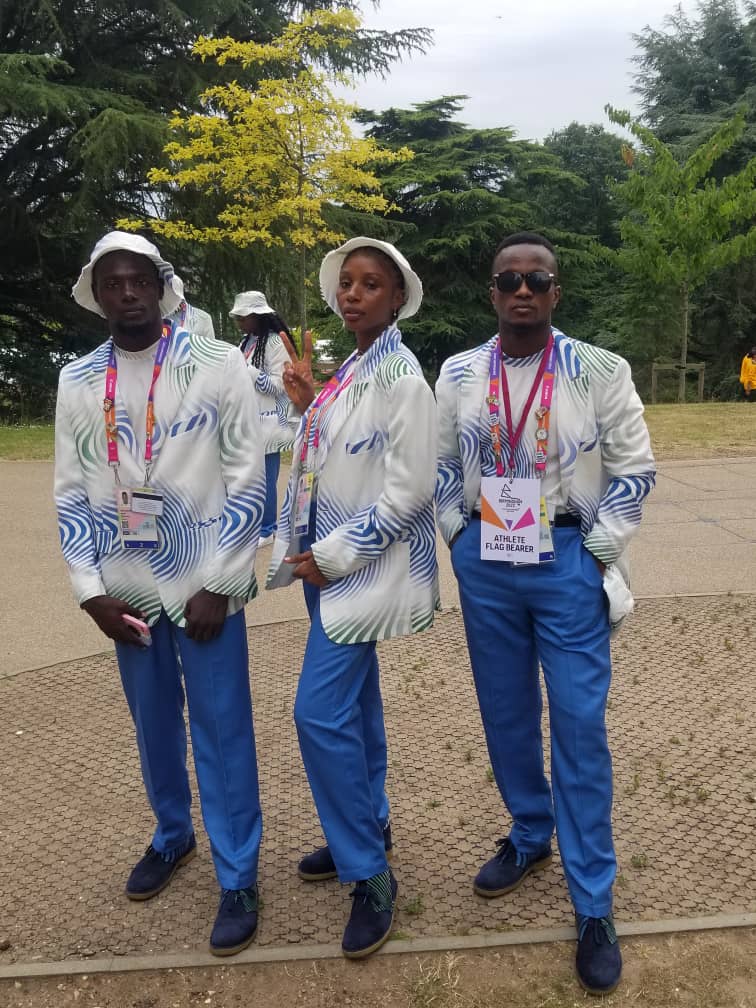 After debuting 5 years ago in the Youth Commonwealth Games in Barbados, Isha will be swimming for the first time in one of the world’s major games.

Joshua who will be also making his Commonwealth debut, is the most experienced swimmer in the team as he has been to several games including the African Championship, World Championship and the 2022 Tokyo Olympics Games hosted in Brazil.

Sierra Leoneans all over the world are anticipating to see some good result from their competitors in the games.s