Bo Rangers went into the match with an equal opportunity to get a win after their goalless draw at home in Monrovia last weekend, but their hopes of scoring a goal was shattered by the home side, Belouizdad who were the better side.

The Great Chababs, scored thrice to frustrate the elephants, with Keddad Chouaib  opening the scores in the 33’ minutes and Aribi Kakin netted a brace late in the second half (86’ and 89’ minutes) to put the game to a rest. 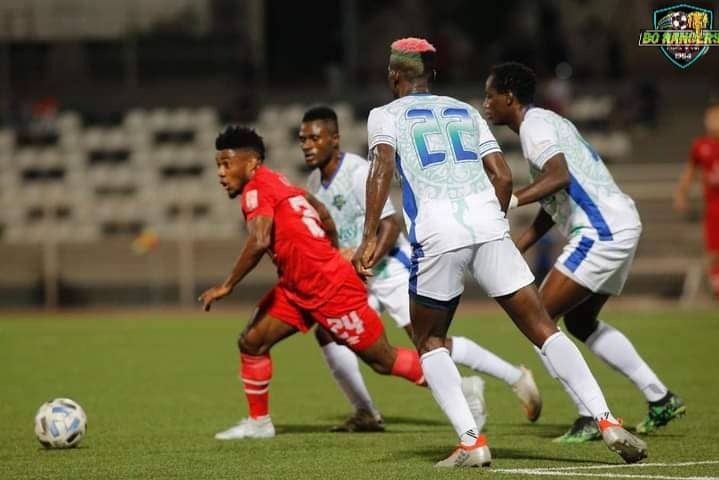 Despite CR Belouizdad progressed to the the next round with a 3-0 win on aggregates, fans of Bo Rangers FC has stood solidly behind their team, hailing them for representing the country in a CAF inter club competition for the first time since the club was established.

Bo Rangers fans who are known to be very passionate about football and active in their support for the southern based club, applauded the boys for their efforts in showcasing to the rest of the continent that the elephants are not just a push-over, but a club that can play constructive football with a bunch of talented players.

“We played well in Liberia last Saturday. We showed them that we are not a push-over, and we limit them from scoring. But today is a different day. We weren’t into the match and they out played us”.

“Football is all about playing constructively as well as scoring goals. The home team played well and they got their goals. Our boys on the other hand, were good as well, but today is not our day”.

“Bravo to them for representing us for the first time in a CAF competition. We hope that the management will use this result as an experience that would improve the team”, a die-hard fan Alex Bockarie Brima laments.

In a statement from the club shortly after the match, they noted that this is the first time in the club’s history to play a continental league and they are happy to have competed with pride.

“This in itself is winning! We’re excited to have gone through the preliminary round but we’re grateful to have come this far”.

“Yes, our journey has ended in the TotalEnergiesCAFCL this season but we shall certainly come back next season”.

“Our players are excellent and we appreciate their bravery and talented display in this competition”.

“Our darling fans, it was a good fight and we promise to continue with the progress of the club. Today, Bo Rangers FC is recognized globally as Champions of Sierra Leone.”

“Congratulations to our newfound brothers CR Belouizdad. We hope to continue as partners in football for club and player development”, Bo Rangers FC stated.

Now that the Elephants have been eliminated, they will start focusing on preparing to defend their title as plans for the kickoff of the Sierra Leone premier league are on the way.

They have made couple of new signings that are expected to boost the squad for a successful 2022/23 league campaign.