Sierra Leone won the toss and elected to bowl following horrible pitch conditions. With disciplined fielding, the cubs from the Lion Mountain limited the Rwandans to 55 runs all-out in 18.3 overs, setting a target of 56.

Sierra Leone Raymond Coker bowled 10 overs and took four wickets for 17 runs with an economy of 1.7, a feat that earned him the Man of the Match award.

Skipper John Bangura led the charge in the front by posting 30 runs not out.

On the batting side, Sierra Leone replied with 58 runs for losing four wickets in 24. 3 overs, smashing the target with easy virtue. 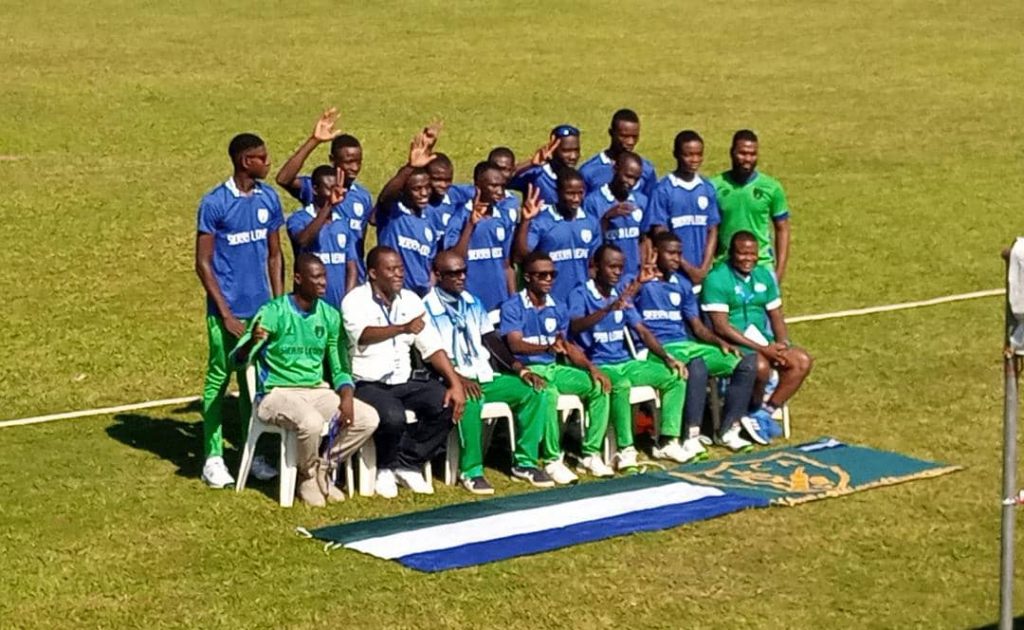 In their two meetings, Sierra Leone has skillfully tamed the antics of the Easterners who are thought to have improved on performance.

On Monday, Sierra Leone will take on Botswana in their second match in the Abuja showpiece.

According to SLCA , both sides have met four times. Of this number, Sierra Leone won three tipping the scale in its favour.