Sierra Leone striker, Augustine Williams was on the scoresheet as Charleston Battery secured a 1-3 away win over New York Red Bull on Friday evening.

Williams netted the first goal for Battery, converting a penalty from the spot in the 32’ minutes. That was his fifth-consecutive match with a goal.

And it was his 13th goal of the season and 50th career goal in the regular season.

Charleston Battery was awarded the penalty after DZ Harmon was fouled inside the box and Williams makes no mistake as he placed the ball to the top left corner, sending the goalkeeper the wrong way. 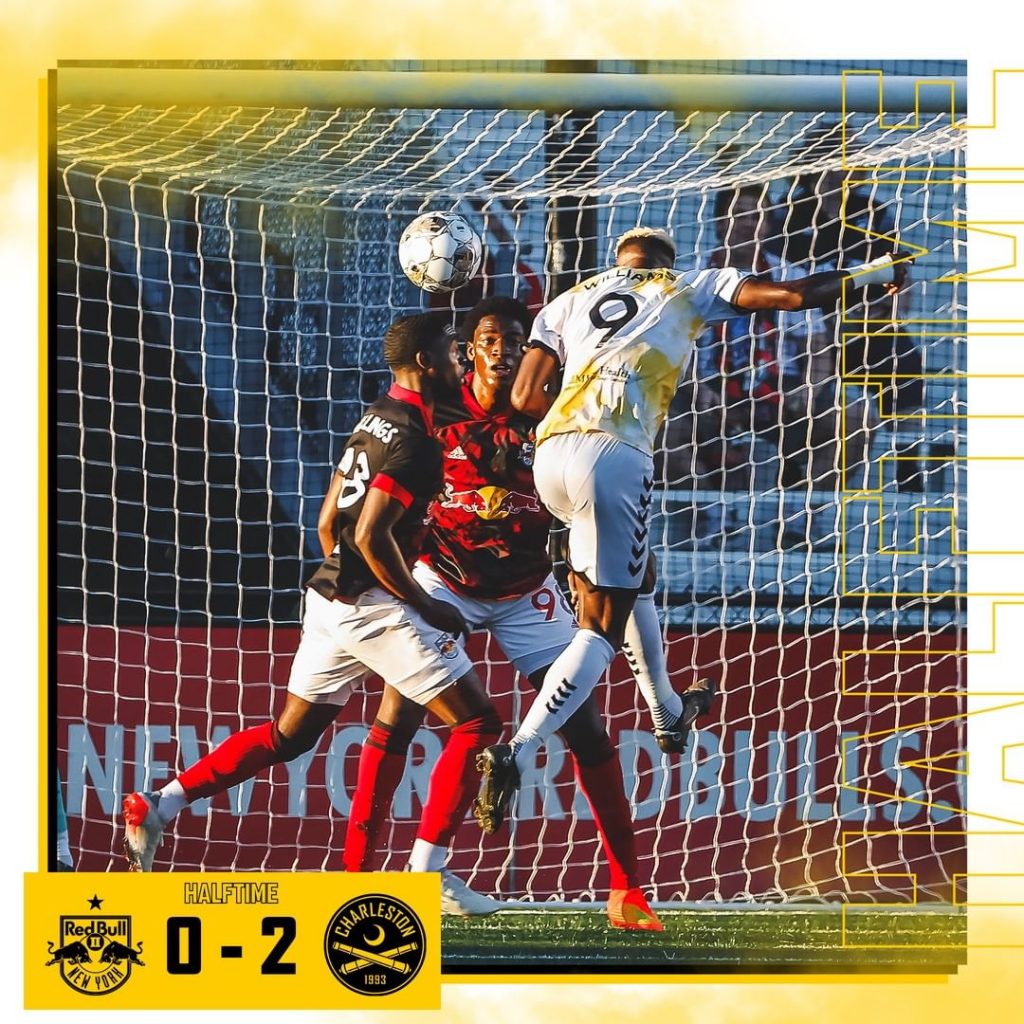 Williams who also provided an assist for Aidan during the match thank his teammates, the technical staff and the fans for their supports. It was his third assists of the season for the club.

“Thank you to every teammates, coaches and every club I have been part of that contributed towards this success of mine”.

“I couldn’t have done this alone. Lastly thank you to God because without him none of this is absolutely possible”.

“We not done yet. Thank you once again to everyone that has been part of this amazing journey with me”.

Aidan Apodaca slotted home twice to bag his first brace for the Black and Yellow.

In the 44th minute New York Red Bull were reduced to 10 men after  Clark was shown a red card for a violent conduct against Crawford.

New York managed to pull a goal back in the very last minute of stoppage time through Zach Ryan, the side’s only shot on target during the match. 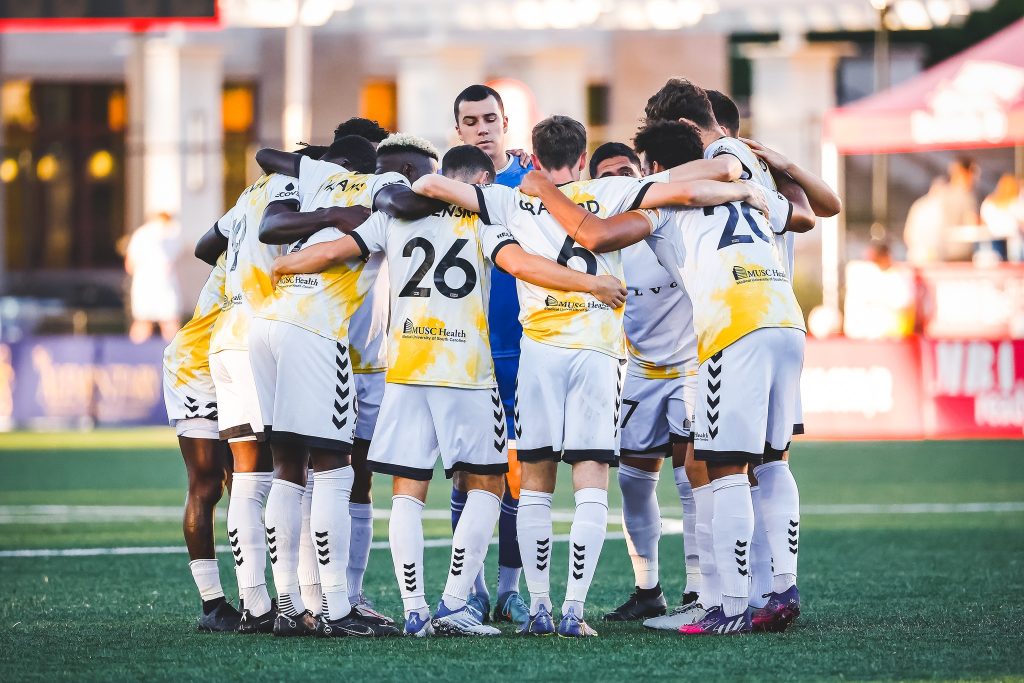 It was Charleston first away victory of the season on the night.

Battery head coach Conor Casey applauded his boys for the exceptional performance they exhibited away from home to record a remarkable win.

“We did very well getting in behind New York’s back line, in the first half especially”.

“We created a lot of chances by being direct, we were aggressive with our defending and we were able to score a couple of goals late in the first half which was going to give us some momentum”.

The Battery look to build on their Saturday performance when they travel west to face LA Galaxy II on August 20.