A few days ago the Sierra Leone Football Association issued a press statement that has to do with the suspension of FC Kallon CEO and gaffer Mohamed Kallon and the team doctor Cidy Bah by the CAF Disciplinary Committee.

This doesn’t go down well with Kallon and many football fanatics who thinks the FA shouldn’t have gone public with the press statement, but rather inform Kallon and his club privately about the decision.

In the press statement, it was stated that the TotalEnergies CAF Champions League & Confederation Cup has suspended and fined Mohamed Kallon $10,000 for alleged abusive on the referees that officiate the match between FC Kallon and Future FC of Egypt.

The incident happens during and after the match in which Future FC eliminated FC Kallon from the TotalEnergies Confederation Cup in the second round of the preliminary stage, following their 6-0 win on aggregates.

It was noted in the press release that the decision to suspend Mohamed Kallon becomes final as the appeals deadline date expires.

Both Kallon and the team doctor Cidy Bah are suspended and they are to pay a fine of $10,000 each. 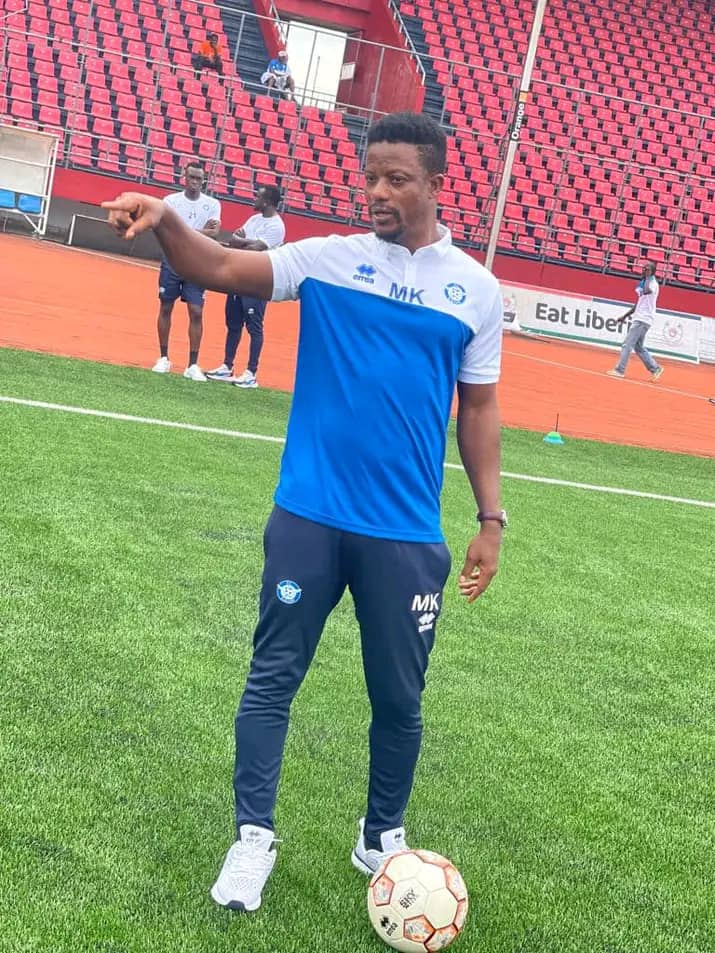 On his part, Kallon believes that the FA is using the situation to mock and shame him in the eyes of the public that was the reason for issuing out the press release which should have been communicated privately.

The FC Kallon gaffer poured out his frustration over the situation on his Facebook page on Friday, stating that no one posted or celebrated his team when they set a remarkable history. But it was quick for people to share the news about his suspension.

“When Fc Kallon made history nobody posted it. The last time a club from Sierra Leone won home and away in CAF competition was 3 decades ago When Mighty Blackpool and East End Lions were at their best. Respect to both clubs”.

“But when they received communiqué off a sanction against FC Kallon most of the Football Association staffs and the General Secretary proudly posted it. How can we grow as a nation? When our FA Bank Accounts were frizzed for over 2 years did the FA issued a press release or mentioned anything of such”, Kallon said.

“When 3 million dollars for female got missing in the SLFA account did they issued a press release? I Mohamed Kallon and FC Kallon takes full responsibility of any sanction from CAF or FIFA”.

“The Football Association has no right whatsoever to issue a press release. Their job was to forward the correspondence from CAF to FC Kallon”, the FC Kallon gaffer said. 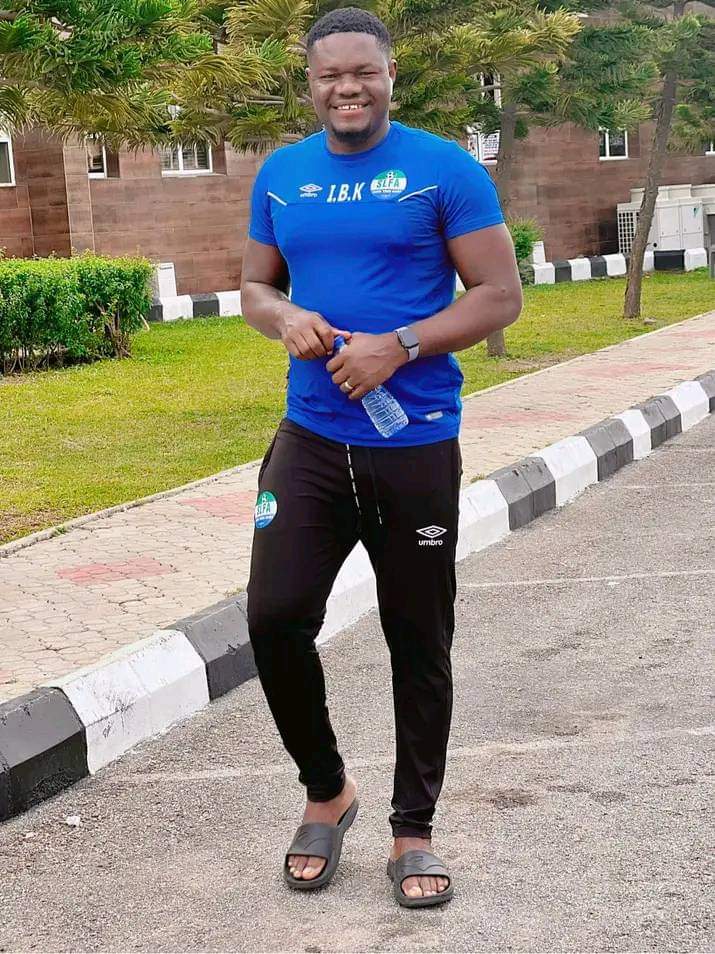 Responding on social media, the head of communication and marketing at the FA, Ibrahim Kamara confirmed that Mohamed Kallon and his club was officially notified about decision from the CAF Disciplinary Board as soon as they got the information.

In his response on social media, he stated:  “He was actually officially notified as soon the decision was reached by the CAF Disciplinary Board on the 28th of November 2022. He was also told about the opportunity to appeal in case he thought the decision wasn’t fair”.

“The General Secretary even offered to help, should he need it, to put together documentations to support his argument but he never came back to the FA.

SLFA didn’t put out a release on the verdict at that time because he (Kallon) had an opportunity to appeal which we all thought he was going to exploit as the referees report on him was indeed damaging. HE NEVER DID. Which in law indicates guilt”, Kamara noted.

“And for the records, CAF and FIFA NEVER deal with any club directly. They always do so through the respective FA. Now that the appeal deadline date has expired and the decision of the CAF Disciplinary Committee has become final, it is ideal that we communicate such to the general public and our partners in the game thereof”, he affirmed.

“Definitely we cannot smuggle such a decision as it is very pertinent to other affiliated bodies in the smooth running of the game”.

“We have a responsibility as an FA to upload the moral standards and ethical discipline in this game of football. Kallon must therefore never take this personal as we are morally obliged to notify our publics (internal and external) about these kinds of developments”, Kamara opined. 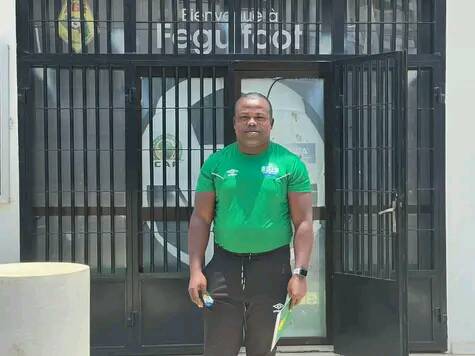 According to the General Secretary of the FA, Chris Kamara, he said Mohamed Kallon should stop deceiving the public and own up to his deeds.

“I can openly challenge Mohamed Kallon that he has been very economical with the truth wanting to gain sympathy from a public that needs to know the truth”, Chris asserted.

“For Mohamed Kallon to state in his piece that he was never communicated to of the decision of CAF Disciplinary Board by the SLFA is a blatant lie. Both Mohamed Kallon and Cidy Bah received their letters from the SLFA on the 28th November 2022 and both acknowledged receipt of same”.

“Mohamed Kallon even asked questions as to how to appeal the said matter to the CAF Appeals Committee and the SLFA provided the guide. Whilst Cidy Bah and Tunde Scott were quick to tell me that, it was not Cidy Bah but Kemokai Kallon who should be sanctioned as a mistaken identity. I advised them to appeal the decision if they believe they have material facts to justify their assertions”, Chris through a challenged.

“SLFA has done nothing wrong in putting out the said press release as it was done in compliance with the operations of a Football Federation.  Another lie is to state that SLFA received $3 million for female football. For the records, no FA in the world has ever receive such funds from FIFA other than project funding (Forward 2.0) that is paid to the supplier directly”, he mentioned.

“Mohamed, Female Football worldwide received an amount of $500,000 as part of the FIFA COVID -19 Solidarity funding ($1.5 million) for a 4 year duration and the FA was transparent enough to communicate that to the public and the football community before even the money was sent during COVID 19”.

“We are proud to state that both FIFA Central Review and our auditors have audited the usage of the funds and today we are a reference point on the utilization of the COVID 19 funds by FIFA. I ask that you withdraw your statement that you were no informed which is untrue or I will be tempered”, the SLFA scribed demands.