The Sierra Leone football Association has assured football fans that they will do a thorough investigation on the none-availability of referees for the Freetown City FC and FC Kallon premier league match that was abandoned by match officials at the Brima Attugha Stadium in Freetown, on Friday.

This was stated in a press statement released by the SLFA hours after the said match.

According to the press statement, SLFA confirmed that they’ve been reliably informed about the conspicuous absence of a designated quartet of referees from a Sierra Leone Premier League match slated for Friday the 20th of January, 2023.

“It is reported that the said match could not go on as planned owing to lack of match officials”, the FA noted. 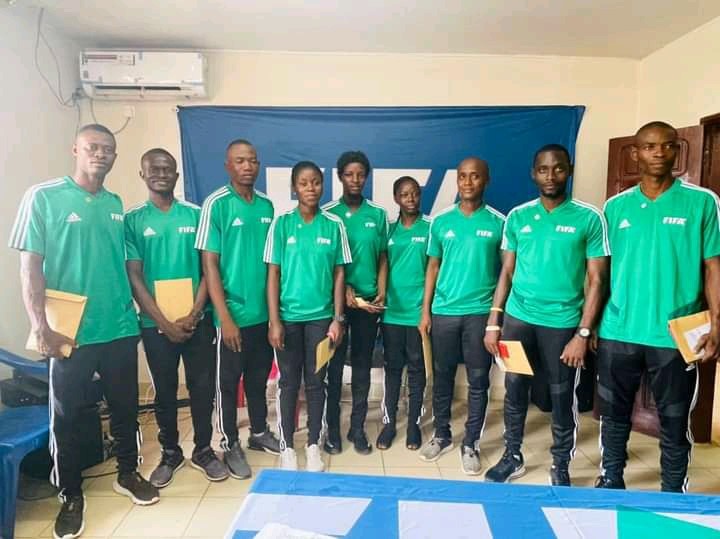 Condemning the action of the Sierra Leone National Football Referees Organization for boycotting the match, the FA affirmed that they have the respective bodies well-structured to look into issues of personal grievance without any person or group of persons having to hold the game to ransom.

“We would like to unreservedly apologies to all football loving fans, particularly FCFC and FC Kallon fans, who were deprived of watching their favorite teams in action”.

“SLFA will like to assure the general public especially football loving fans that it will look into the said matter, including issues raised by SLNFRO press release, with the keenest interest and anyone found wanting shall be dealt with according to the law books governing football”.

It was earlier reported that SLNFRO boycotts the match because of a comment they deemed offensive which was posted on Facebook by the chairman of FC Kallon, Mohamed Kallon on Tuesday 17th January 2023. 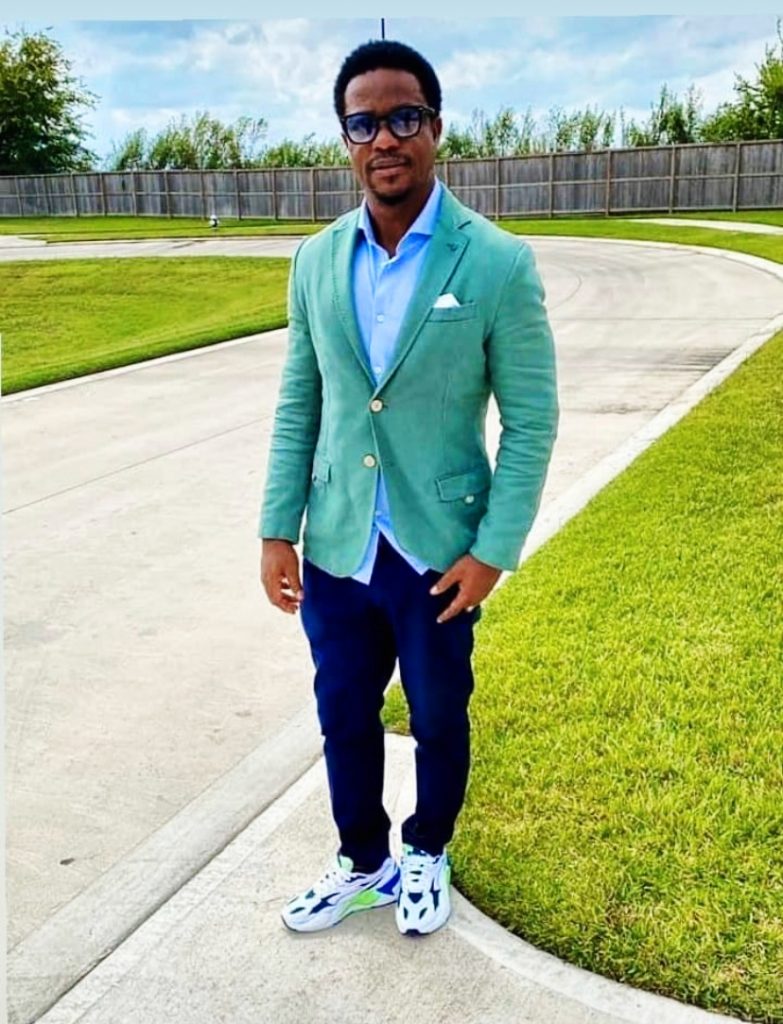 In their press release, they stated: “This is not the first time he is putting such attitude towards referees. He slapped Madam Zainab A. Wilson, a referee assessor on the 27th November 2022, at the Police field in Kingtom”.

“The organization reported this to the appropriate authorities but no action has been taken since we sent the letter”, the said.

“It is against this backdrop that the SLNFRO is putting on hold the officiating of all FC Kallon games both male and female effective immediately”.

Many football fanatics have condemned the actions of the referee on the basis that they have no right to put the game on hold.

There are channels they should use to professionally raise their concerns to the league board and the FA without stopping the game to play and deprive the fans. 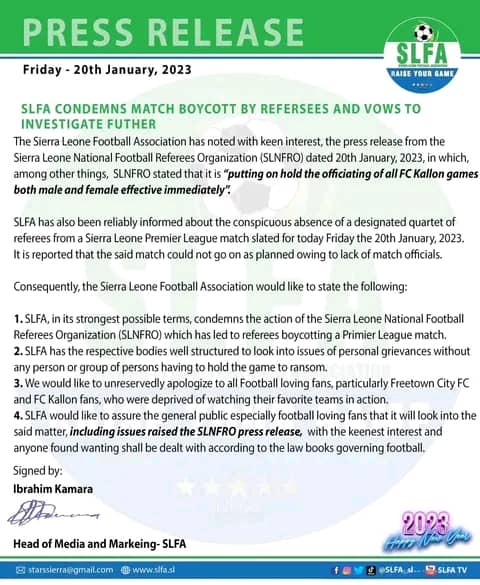