The third round of the Sierra Leone Women’s Elite Premier League produced some remarkable results over the weekend with all 12 teams exhibiting entertaining football at their various match venues across the country.

A total of 15 goals was scored in all 6 matches, including 7 in one match. The outcome of the results is an indication of how the technical team of the various clubs are working on the goal scoring abilities of the forwards so they can net more goals in the league.

Ram K FC impressed their fans on Sunday afternoon at the Bo Coronation Field in Bo town, following their 2-0 home win over FC Kallon in a match which was described as a tough battle for both teams due to the intensity and quality of play exhibited by players of both squads.

Ram K FC continues their unbeaten run as they are yet to lose a match or concede a goal since the commencement of the league. 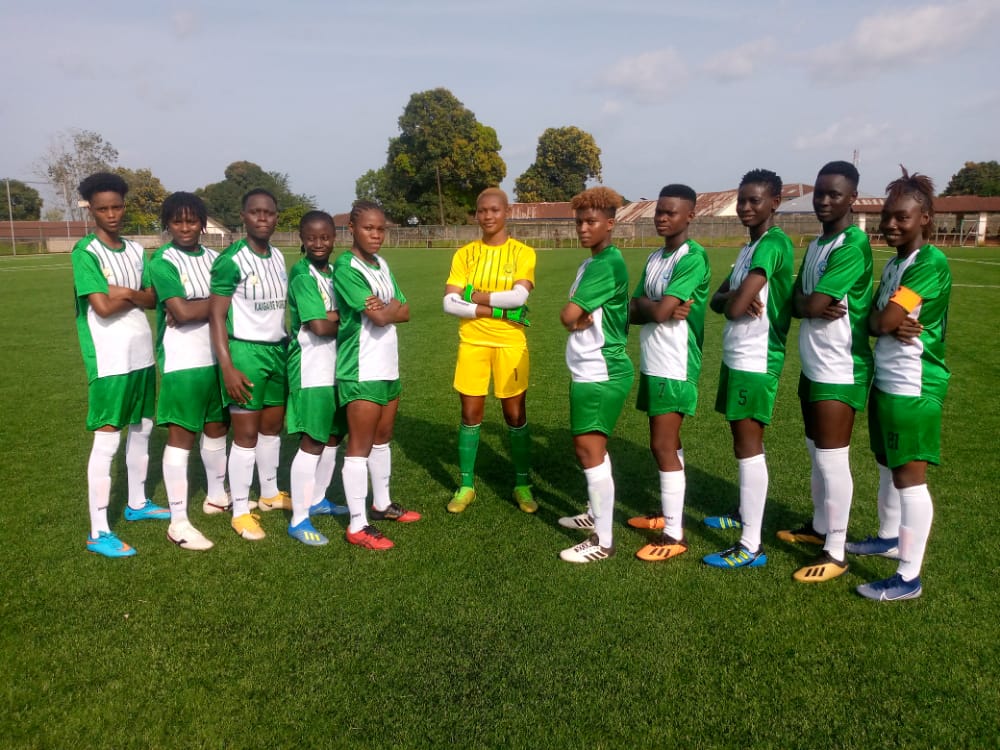 In Mile 38, Mogbwemo Queens continues their winning streak as they record their third consecutive victory in the league with a 1-0 away win over Koya Queens.

The visitors from Rutile were largely in control of the match, outplaying the host in front of their home crowd. Mogbwemo got couple of chances wasted in the game, but the one goal was enough to maintain their unbeaten record and return home with the 3 points.

VEM Buck FC was beaten 2-1 at home by Correctional Service at the Lungi town field on Sunday afternoon. Both sides entered the match with 1 point in two matches. But the Correctional Service was able to claim the 3 points following their hard fought victory against the home side.

The victory for Correctional Service was a major boost as they now sit 6th on the league table with 4 point after 3 matches played.

Albitaya Queens continue their poor runs in the league as they suffered a 1-0 home defeat to Mena Queens who registered their first win in the league on Saturday in the northern region derby.

Mena Queens has now moved 5th on the table after earning their first 3 points in Kabala.

League leaders, Sierra Leone Police FC secured a vital 1-0 away win over Maleme Queens in Kailahun. The Blue girls extends their winning streak to solidify their position at the top of the table.

Police FC dominated the match with good possession of the ball and swift attacking play. They tested Malema’s net with couple of clear chances, but they were unlucky to score more goals. 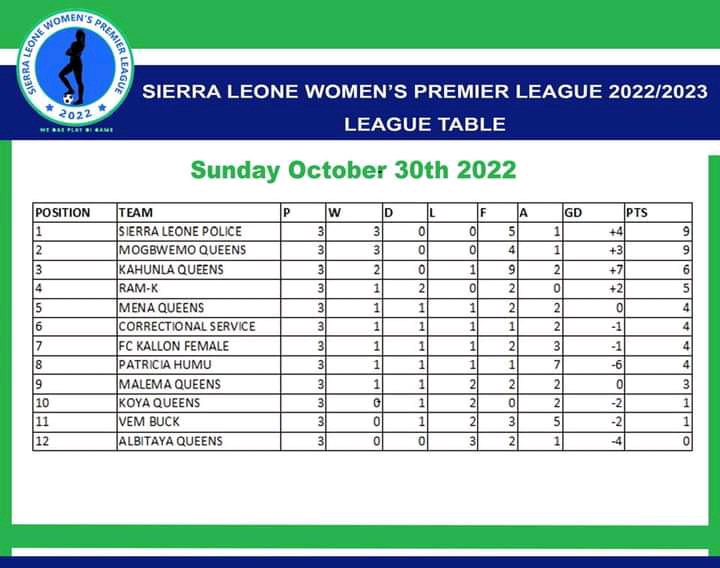 Kumba Zainab Bangura was the star of the match between Kahunla Queens and Patricia Umu FC after helping her side to record a remarkable home win against the visitors in Kenema.

Kumba netted 4 goals to top the goal chat as Kahunla Queens thrashed Patricia Umu FC 7-0 at the Kenema city field. It was the biggest victory so far in the league.

Following their convincing win, Kahunla has moved 3rd on the table with 6 points, having played 3 matches.

The league will continue this weekend with 6 matches scheduled for Saturday and Sundays.