Former Sierra Leone top rated volleyball player Abubakarr Kamara who is now playing professional club volleyball and also a proud level 2 coach, was excited to have played a role in helping the New South Wales U19 men’s team winning a silver medal in the Australia junior indoor volleyball championship, despite losing the finals to South Australia.

The  championship climaxed in Sydney on Saturday with teams facing off for the titles in the U19 and U23 male and female categories. 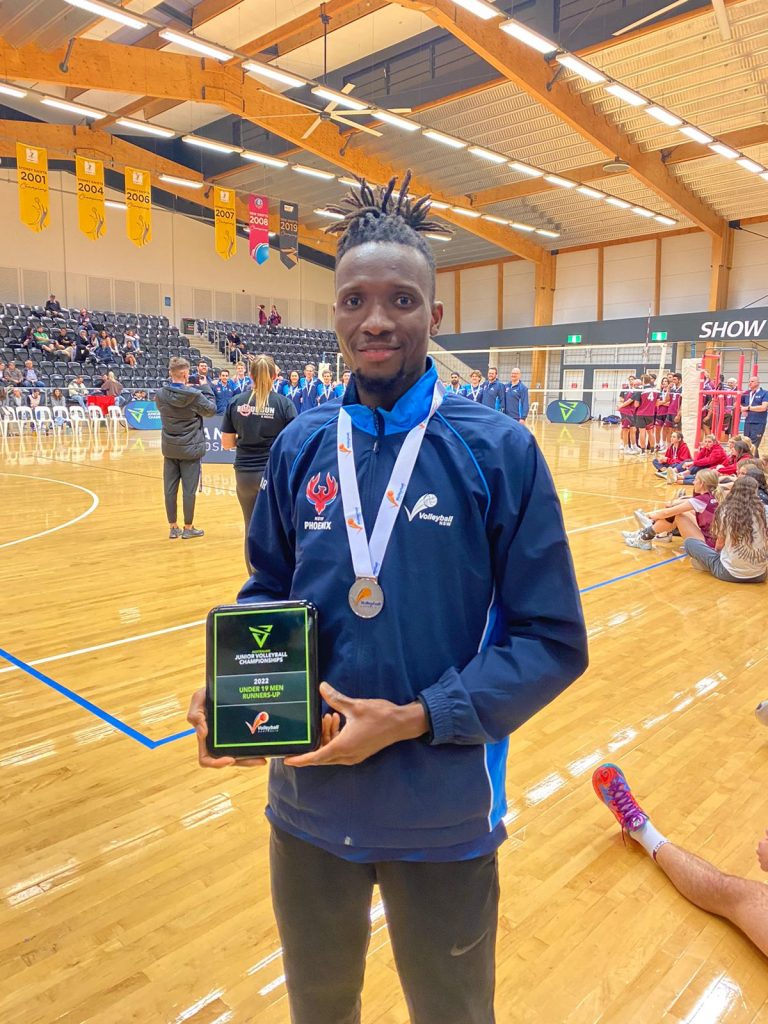 The competition which includes teams from across Australia, and international teams from New Zealand and America, was hosted for three days with athletes showcasing top notch volleyball actions at the Sydney Olympic park.

New South Wales and South Australia battle it out in the Men’s U19 finals, in a five-set thriller for the title.

South Australia win the first two sets, before New South Wales came from 2 sets down, leveling the scores 2 all. The fifth set was highly competitive as both teams were at each others neck, scoring point for point. 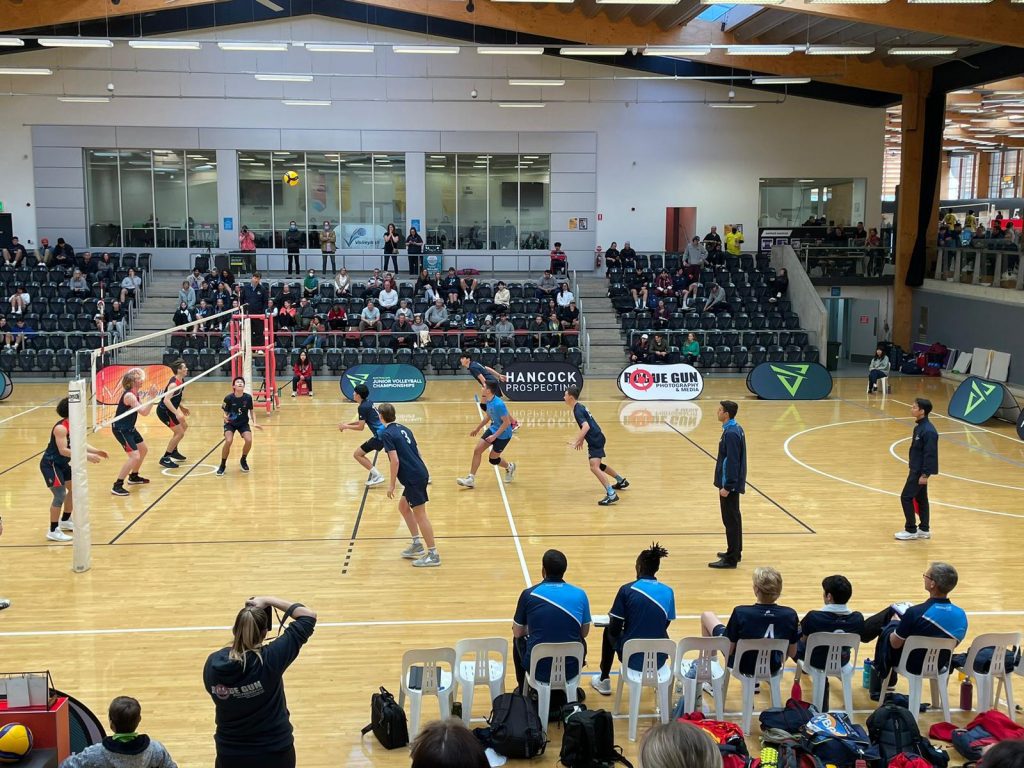 Abubakarr Kamara who was an assistant coach in the NSW technical team, said it was a great game, even though the outcome wasn’t their expectations.

“Our aim was to win the gold, but taking the silver medal is not bad. I believed as a team, we’ve learnt from our mistakes and those are the things we would work on to ensure we come back strong next season”. 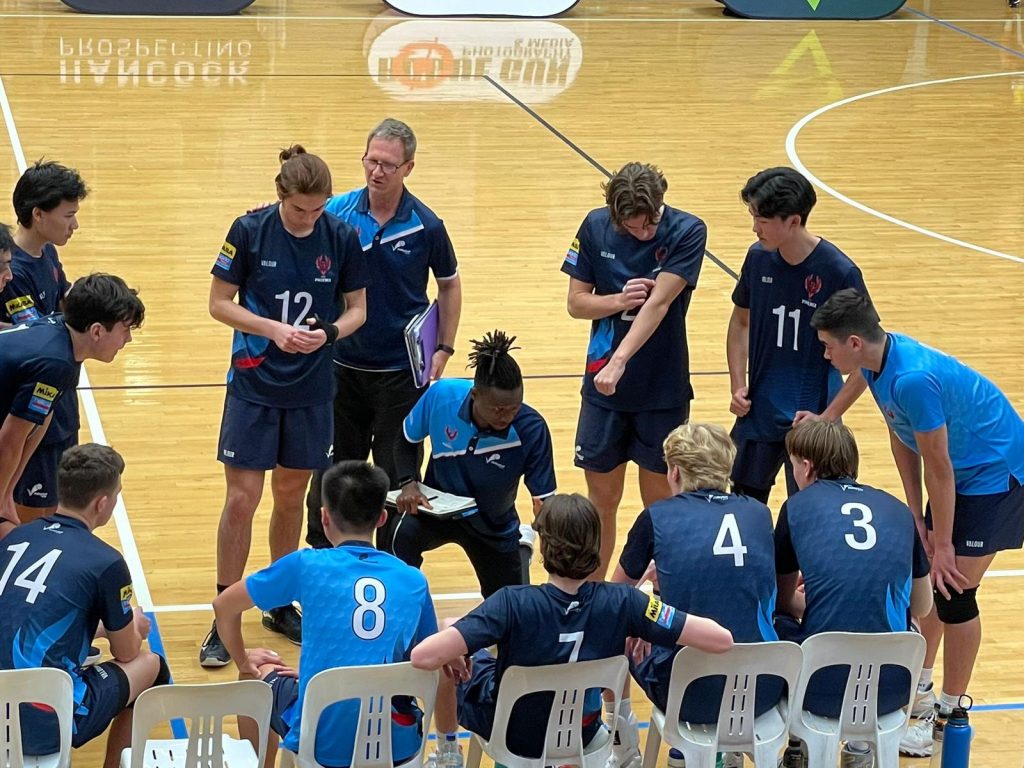 “It was amazing to see the boys playing. The support from the fans brings so much energy, but it wasn’t our day. As a coach, this championship was a learning process for me. And I was proud to be part of the New South Wales technical team”.

“It was a good platform for me to be able to expressed myself as a volleyball coach”, Kamara said.

The Championships is a new event which sees the separation of the Under 19 and Under 23 age group divisions from the past “Australian Junior Volleyball Championships (AJVC)”. Traditionally the AJVC hosted Under 17, Under 19 and Under 23 age groups and was restricted in entry to only state representative teams from around Australia and New Zealand. 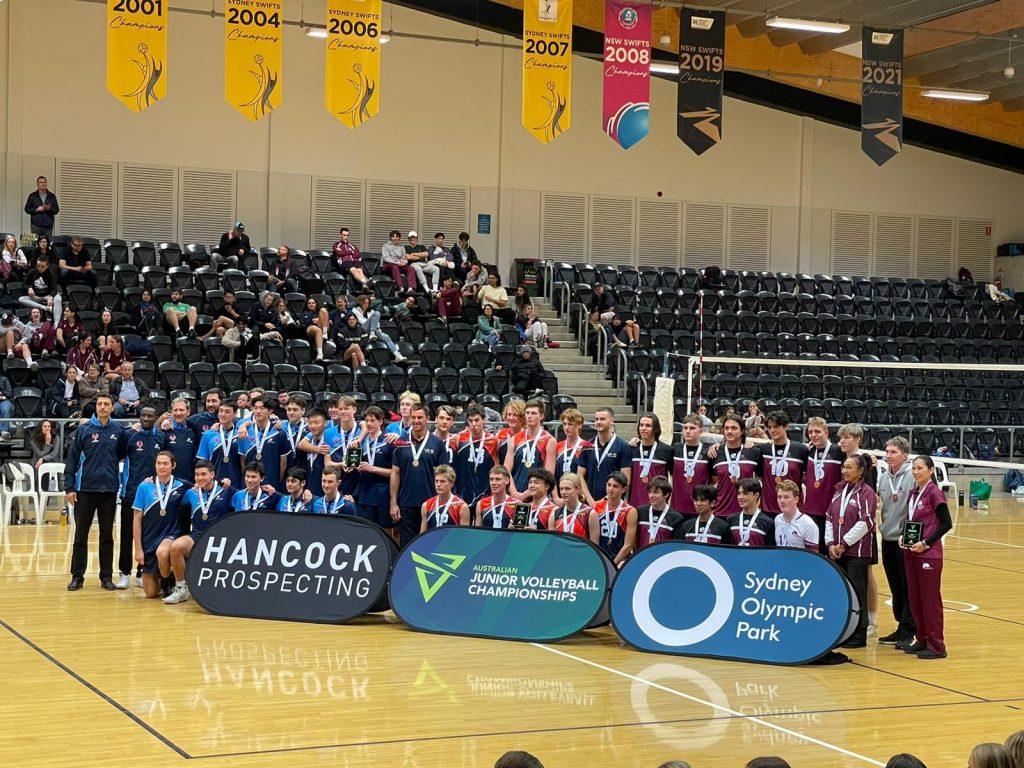