The Sierra Leone Football Association has launched an investigation into two first-division matches that finished with scorelines of 91-1 and 95-0, describing them as impractical results.

The country’s football association said it will begin to investigate officials and players who were involved in the fixtures, in which Gulf FC defeated Koquima Lebanon 91-1 and Lumbenbu United were beaten 95-0 by Kahula Rangers.

The SLFA said it had zero tolerance for match manipulation or anything of the sort. 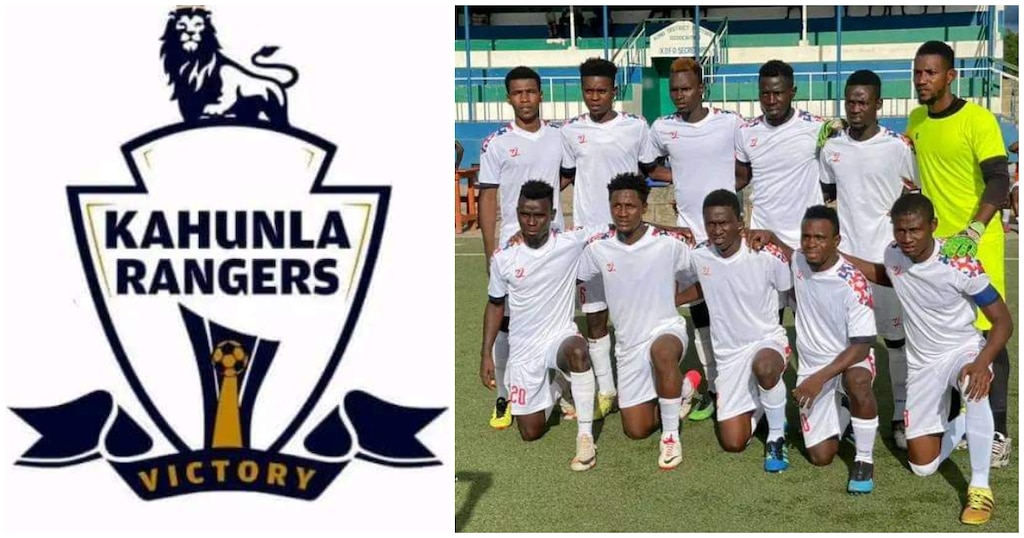 “The general public is therefore assured that the said matter will be thoroughly investigated and anyone found culpable will face the full force of the law,” it said in a statement.

If confirmed the scorelines would rank among the highest recorded in soccer history.

The SLFA are aware of serious match manipulation concerns, leaving them with little choice but to delve deeper into proceedings. 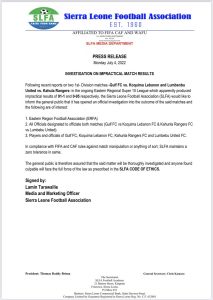 Organisation president Thomas Daddy Brima has told BBC Sport Africa: “We can’t stand by and see an embarrassing situation like this go unpunished.

“We’re going to launch an immediate investigation and bring to book all those responsible for this mediocrity.

“All those found guilty will be dealt with in accordance with the SLFA laws, and will also be handed over to the country’s anti-corruption commission.” 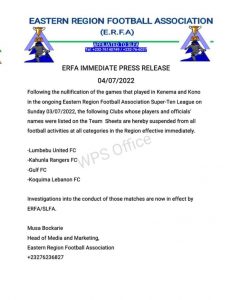 Kahunla Rangers chief executive Eric Kaitell has condemned the actions of their opponents, saying on social media: “I want to start by apologising to the football fans in the country and the world at large for the odd match result of my club Kahunla Rangers.

“I want to state firmly that I strongly condemn such unsportsmanlike behaviour displayed by my team, and the other teams involved.

“I’m setting up a committee to investigate the whole team including the technical staff and the executive members, and whoever is found wanting will be dealt with accordingly.”

Lumbebu’s general manager, Mohamed Jan Saeid Jalloh, claims to be unaware of any wrongdoing, stating: “I’m not aware of any match manipulation but can’t vouch for others.

“We conceded lots of goals in the second half. I was frustrated and at some point even left the touchline in anger. I wasn’t concentrating afterwards, so I can’t even tell how many goals we conceded in all.

“I’m calling on the football authorities to investigate both matches and bring to book anyone found wanting. And if nobody is found guilty of any crime then so be it.”

Meanwhile, the chairman of Koquima Lebanon has claimed that his side’s game against Gulf FC was actually a friendly involving “players in the community, including some Koquima players” and has disputed reports of the contest ending 91-1.