Sierra Leone have sent a warning message to the other teams that they are back on the journey to retain the trophy following their 4-0 win over Zimbabwe in the women’s division of the New South Wales (NSW) African Cup on Saturday afternoon at the Western Sydney Wanderers Football park in Rooty Hills.

The defending champions produced an amazing performance in the match, limiting the Zimbabwean girls only in their half, piling more pressure on the goalkeeper as the attacking force keep firing from all angles, demonstrating that the girls from the Lion Mountain are totally in control. 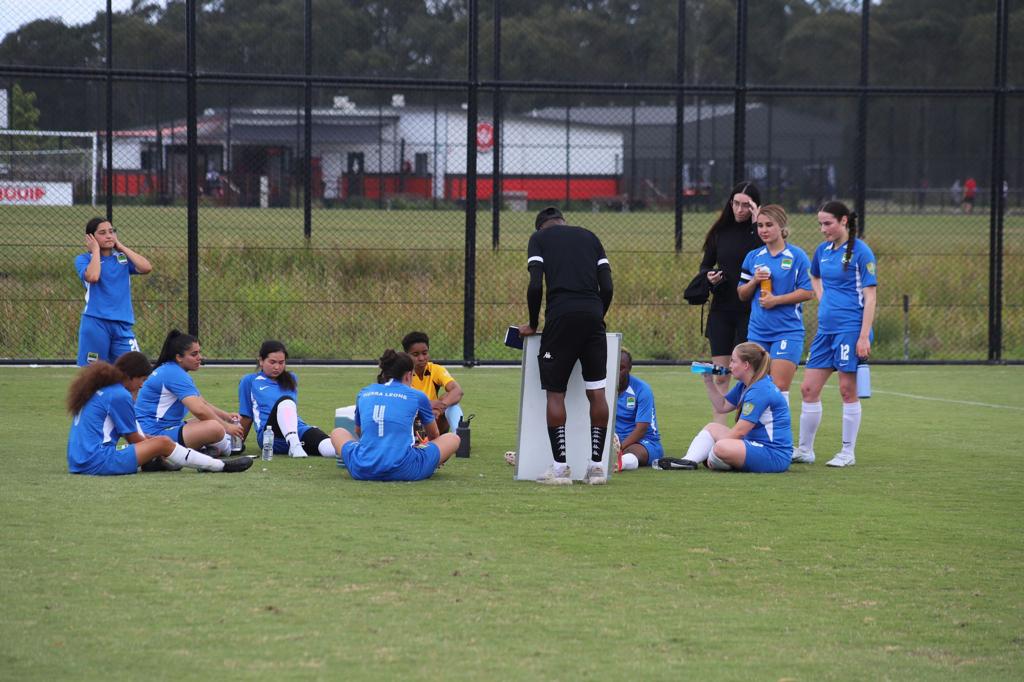 Mina, Hannah, Semi and Yasmine all provided stunning goals each to earn Sierra Leone a second win and maintain their unbeaten run in the tournament.

Spectators described the match as a one–way traffic for Coach Ibrahim Sesay’s side which they’ve ticked to lift the trophy again after their super dominant performance in their last two matches against South Sudan and Zimbabwe.

“The girls are playing exciting football. They have the qualities to beat all the teams in the girls division. This Sierra Leone team is full of skillful   players. They know each other very well and they’ve adopted the system so much that they can’t even feel the pinch of missing some top players who are regular starters”, Unisa Idrissa Kamara said. 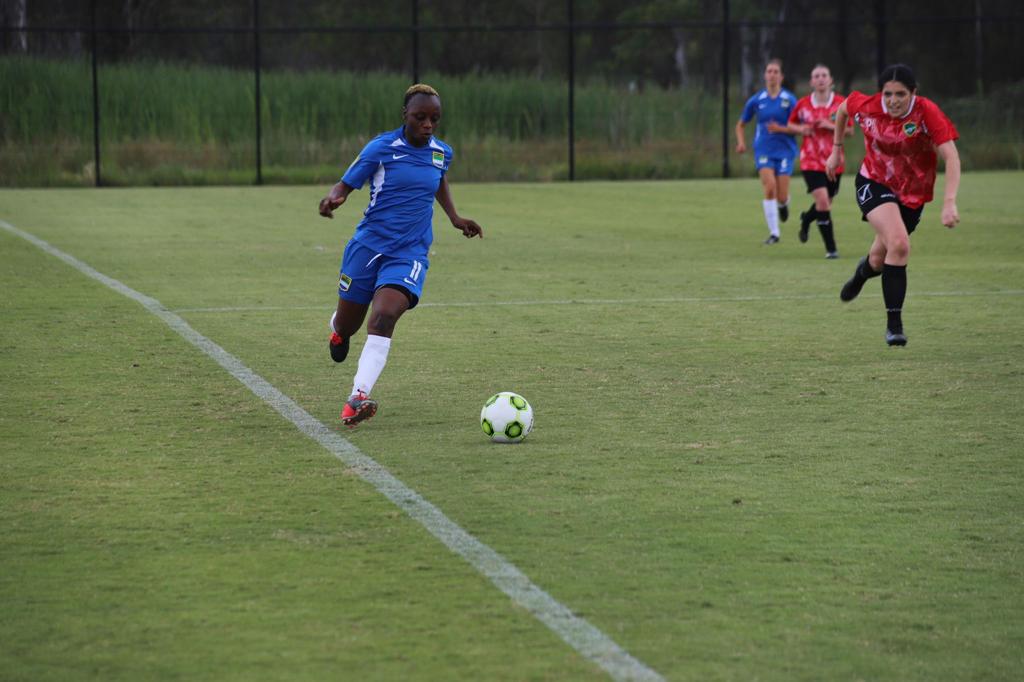 The coach for Sierra Leone Ibrahim Sesay expressed his delight for the win and assure fans of maintaining their winning streak in the remaining matches.

He lauded the girls for being able to win with a clean sheet against a tough Zimbabwe side. Stating that despite the limited amount of players that turned up for the match, they were able to play quality football and maintain their unbeaten run.

“I thought that we did really well. Even though we had some missing players. We work with what we had today and we are happy that we got the win and the 3 points. We didn’t concede goals and that’s excellent from the players”.

“Today, we tried to move the ball a bit better as well as solid in defence, and it was key in getting the result. We would continue to build a good chemistry between our midfield and defence to get everybody on the same page so that the strikers will be more flexible on scoring goals. We just want to keep getting better and better because our goal is to win the trophy”, Coach Ibrahim Sesay said. 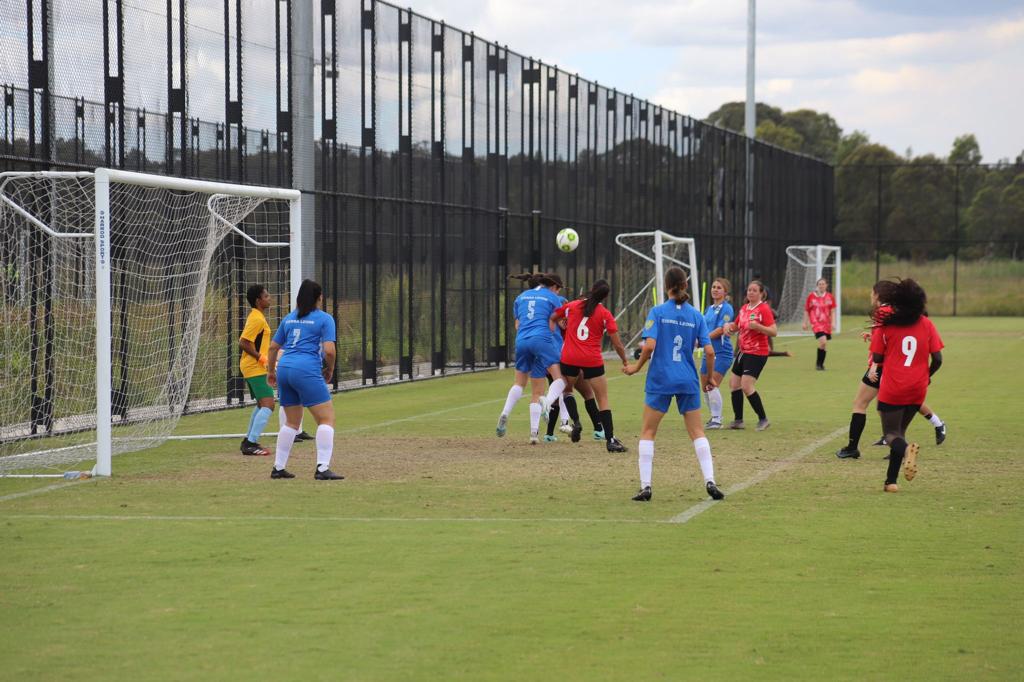 “We would play Ghana in our next match. We know what they can bring to the table. What we need to achieve is to get off to a good start and play the ball well, we would definitely be able to give ourselves a good chance”, he added.

In the other matches, South Sudan crushed DR Congo 7-2 and Egypt defeated Ghana 4-0.

Sierra Leone will be looking for their third win in a bid to maintain a 100 percent winning record when they face West Africans rivals Ghana in their next match. Egypt will be facing DR Congo and Zimbabwe will be playing against South Sudan. All matches will be played on Saturday at the Western Sydney Wanderers Football Park. 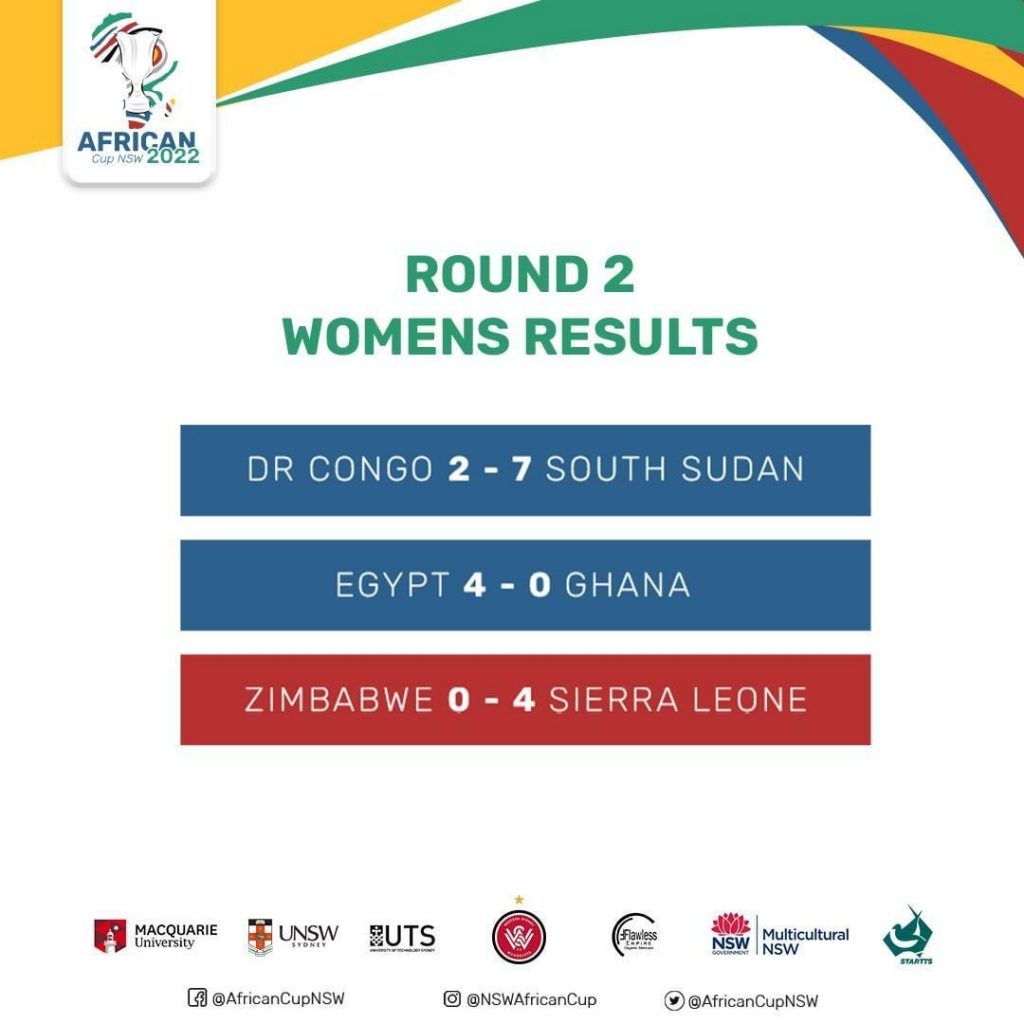