The Atlas Lions of Morocco have advanced to the last 16 at the FIFA 2022 World Cup following their 2-1 win over Canada on Thursday at the tournament in Qatar.

The Moroccans exhibited an amazing performance to secure a place in last 16. It was the second time in their history to progress to the knockout stage as group leaders. The first time was in the 1986 World Cup in Mexico.

Hakim Ziyech scored for Morocco in the fourth minute after a bad error by Canada goalkeeper Milan Borjan left the winger to shoot the ball into an empty goal. Youssef En-Nesyri added a second in the 23rd, setting off wild celebrations among the Morocco fans who packed Al Thumama Stadium on Thursday. 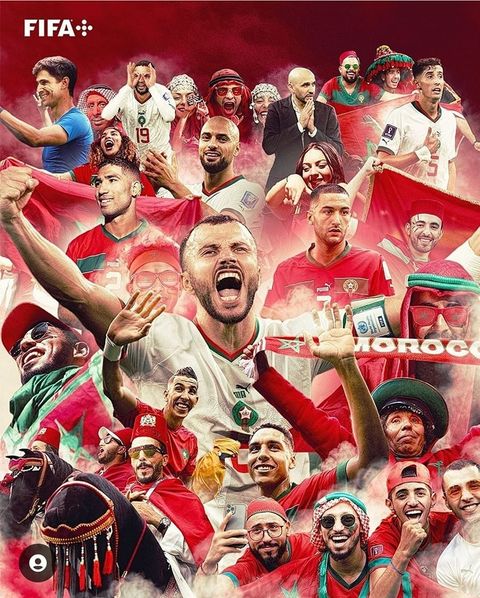 But Nayef Aguerd’s own goal just before halftime made it 2-1 and lifted Canada enough for them to put pressure on Morocco in search of an equalizing goal for most of the second half.

Canada came agonizingly close when a header from captain Atiba Hutchinson, who came on as a second-half substitute, bounced off the crossbar and onto the goal line.

The final whistle sent Morocco players storming out on the pitch to celebrate, as their supporters in the stands jumped and hugged each other. 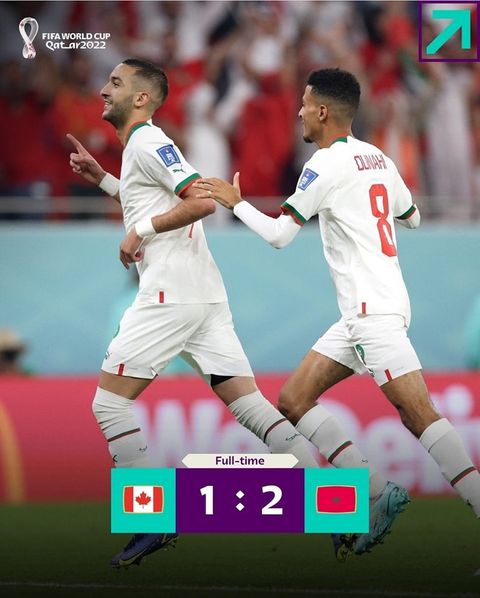 “I have no words, just so many feelings,” Morocco fan Malek Alami told Al Jazeera at Al Thumama Stadium, describing the win as one of the “happiest moments” in his life.

“This is an incredible achievement for us. It will really unite our country,” the 37-year-old from Fez said. “The party will continue until Fajr [morning Muslim prayer],” he added.

In the end, they topped Group F on seven points, two ahead of 2018 runners-up Croatia, who also go through in second place with five points. 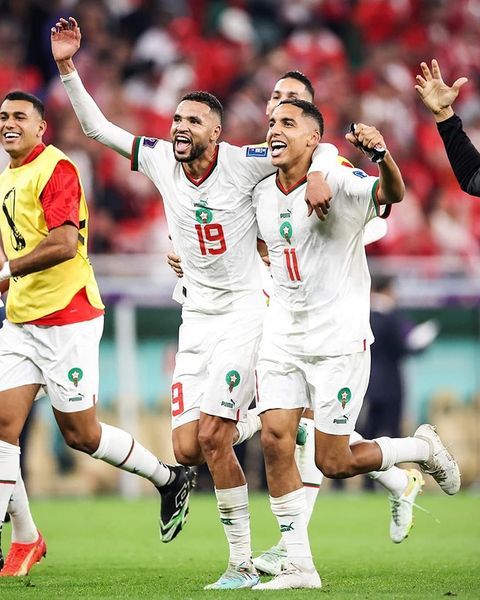 Canada, which will co-host the next World Cup in 2026 with the United States and Mexico, ultimately lost all three of its games in Qatar, matching its three defeats at its only other World Cup appearance in 1986.

Morocco is the second African team to past the group stage after the champions of continent, Senegal booked a spot to the last 16 earlier in the week.

The Teranga Lions of Senegal will face England, while Morocco will be fighting to secure a spot in the quarterfinals against Spain who finished second in group E.