Members of the football family in Sierra Leone are shocked by the sudden death of Bombali Sebora FC head coach, David Paul Jr who passed way on Monday August 29, 2022 at the Kenema Government hospital in Kenema.

Football stakeholders including coaches, club official and players were shocked to learn that the Liberian-born coach passed away shortly after his side Bombali Sebora FC suffered a 2-1 defeat to Edmond Michael Foundation in the national premier league playoff hosted in Kenema. 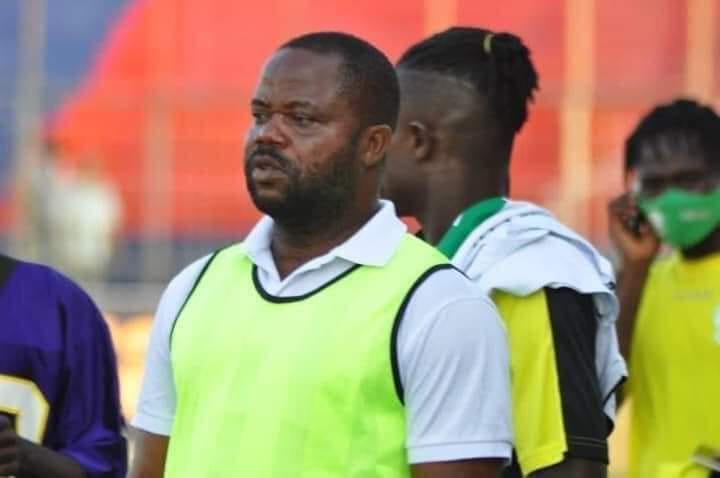 According to Osman Hardy Jalloh, a journalist based in Kenema, Coach Paul died as a result of heart attack just after their match at the Kenema Mini Stadium.

“Yes. It’s true. I’m just coming from the place. Just after post match conference and he returned back to their hotel, we received the sad news of his death,” Musa Bockarie, head of Media of the Eastern Region Football Association says.

Meanwhile, the Sierra Leone Football Association (SLFA) and clubs across the country have issued out messages of condolence to the bereaved family. 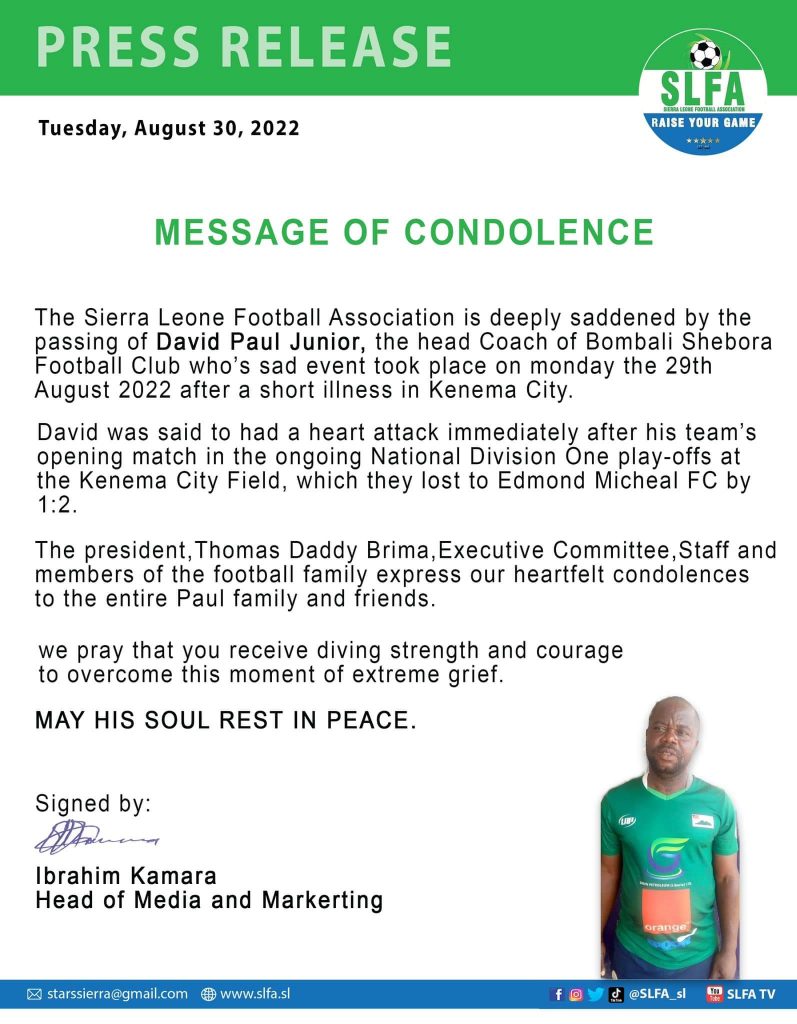 “The Edmond Michael Foundation (EMF) is saddened by the news that the Head Coach of Bombali Sebora F.C., David Paul Jr died after the opening match of the National Division one play off against our team in Kenema”.

“We express our sincerest sympathy to the bereaved family and everyone associated with Bombali Sebora Football Club”.

“May his soul Rest In Peace and may God give courage to his family, friends, relatives and the Bombali Sebora FC”.

“Real Republicans Football Club is deeply saddened by the news that the Head Coach of Bombali Sevora Football Club, David Paul Junior died on Monday August 29 2022 after the opening match of the SLFA National Play-Off Edmond Michael Foundation in Kenema”.

“The Chairman, Alhaji Umaru Bah, Foday Mansaray-Team Manager, Head Coach, Mohamed Jabbie, the entire Management, Technical Team and Players of Real Republicans FC would like to express our heartfelt condolence to the bereaved family and members of Bombali Sebora FC” .

“In this time of severe pain and sorrow, we pray that you are comforted by the great love and pure hearts surrounding you. May God give courage to the family, friends, relatives and the entire Management of Bombali Sebora Football Club”.