Having watched his side slump to a 4-0 defeat to the Bafana Bafana boys, Keister acknowledged that the host outplayed the Leone Stars and their performance wasn’t good enough. It was South Africa’s first win against Sierra Leone in five matches.

“I don’t think we did enough today. The game, I am the coach, it’s going to come back to me. But the reality is there. If we don’t get it right in terms of our preparations, this is what gonna happen.

“They look sharper and more comfortable, we are just tired. Tired players, it’s understandable but it’s football”, Keister said in a post-match interview.

South Africa’s Themba Zwane finds the back of the net in the 33 minutes, putting the home side ahead.  After being denied to score three clear chances in the first half by Sierra Leone goalkeeper, Mohamed Kamara, Mayambela finally got his name on the scoresheet with a fascinating goal which he slotted home early in the second half. 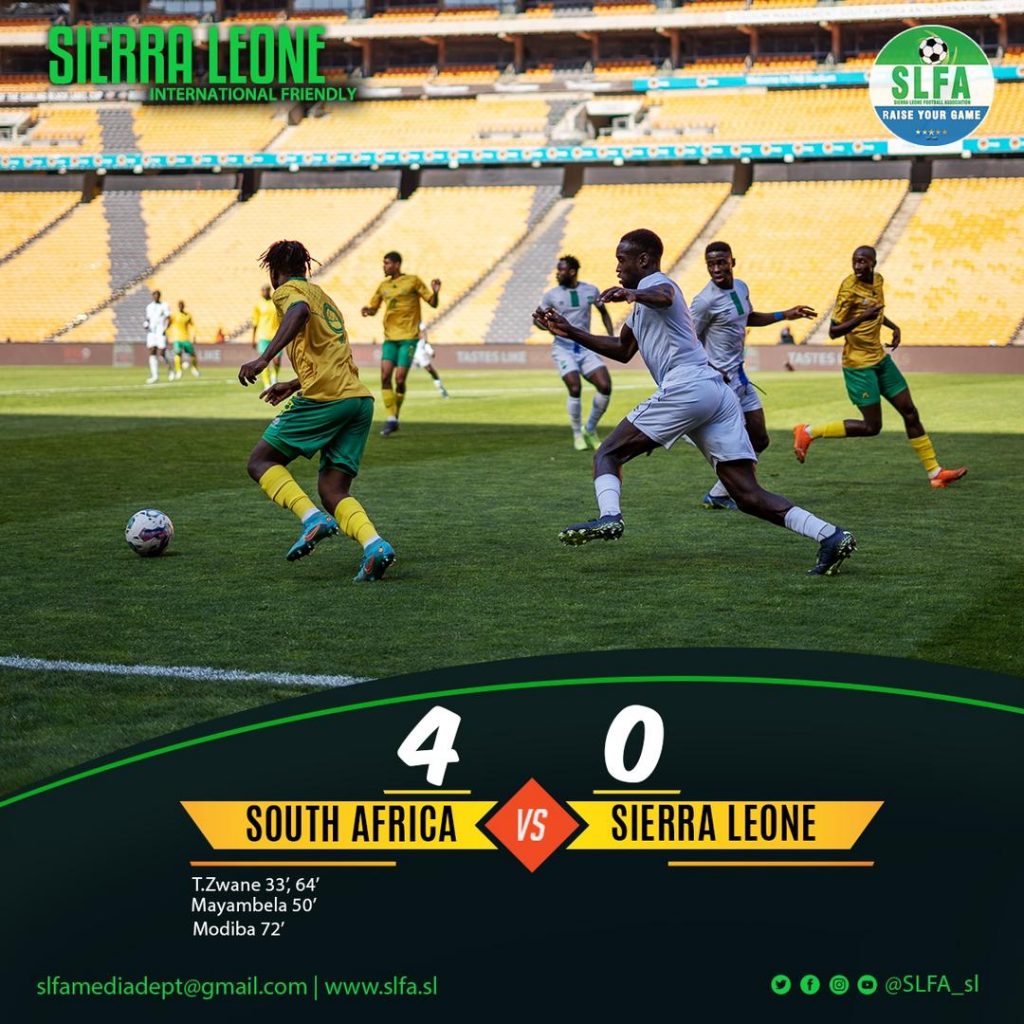 The fast pace and electrifying attacking football played by the Bafana Bafana boys destabilized the tiring Leone Stars defenders who were lost in the match.

With the host’s continuous pressure on the visiting side, Zwane was gifted another chance in the 64’ minutes that saw him net his second goal in the match. Modiba seals the win for Bafana Bafana with his goal in the 72’ minutes.

The match was played as a preparation for both teams to test their squad which they are building for the 2024 AFCON qualifiers scheduled for March next year.

The South Africans proved to be the better side with their dominance in attacking, possessing the ball and defending throughout the match. They had nine (9) shots on target, while Leone Stars only had one shot on goal in the entire match.

The Leone Stars of Sierra Leone will be facing the Leopards of DR Congo in their subsequent international friendly encounter in Casablanca, Morocco on Tuesday.