Frances Tiafoe has reco9rded his biggest win of his career following his 6-4, 4-6, 6-4, 6-3 win to eliminates  the second seed, Rafael Nadal in the fourth round at the US Open on Tuesday morning to reach the quarterfinals for the first time in his career.

Tiafoe is the first player to beat Nadal on court in a grand slam this year, and it is the first time since Wimbledon 2017 that Nadal has lost before the quarter-final stage of a grand slam.

The 22nd seed, Tiafoe will be playing Andrey Rublev, who defeated Cam Norrie in straight sets to reach the quarterfinals.

“I don’t know what to say right now. “I’m beyond happy, I’m almost in tears, I can’t believe it. He’s got to be one of the greatest of all time. I played unbelievable tennis today but  I don’t know what happened”, Tiafoe said.

Tiafoe, who has made the last 16 for the third successive year, won 12 of 16 first-serve points while hitting 14 winners and nine unforced errors on his way to taking the opening set 6-4.

Tiafoe won his first and only ATP title at the 2018 Delray Beach Open, becoming the youngest American man to win a tournament on the ATP Tour since Andy Roddick in 2002.

The son of Sierra Leonean immigrants, Tiafoe was raised at the Junior Tennis Champions Center (JTCC), a USTA regional training center in Maryland, where his father worked as the head of maintenance.

His unique background and success as a teenager led him to be widely regarded as a great prospect to become one of the next American tennis stars. 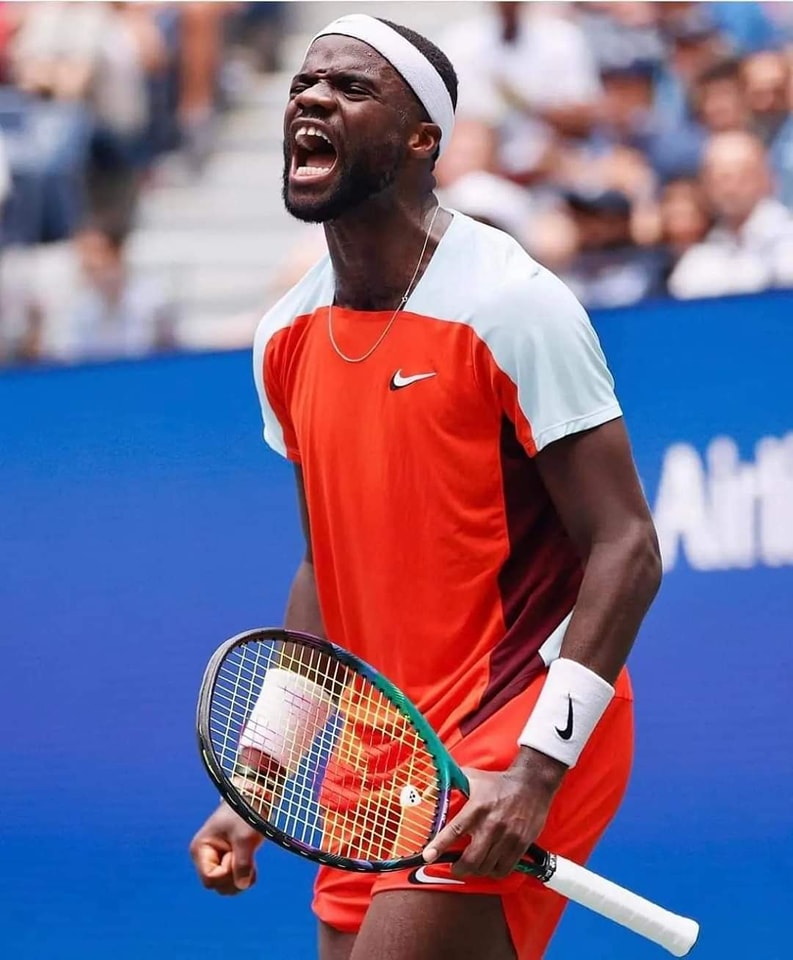 At 15, Tiafoe won the 2013 Orange Bowl, the tournament’s youngest-ever boys’ singles champion. At 17, he became the youngest American in the main draw of the French Open since Michael Chang in 1989.

As a teenager, he won the US Junior National Championship and enjoyed success on the ATP Challenger Tour, reaching nine finals and winning four titles.