The Leopards of DR Congo whipped Sierra Leone 3-0 in their international friendly encounter on Tuesday in Casablanca, Morocco.

DR Congo got their first win after losing several matches prior to facing the Leone Stars of Sierra Leone. Ben Malango 70′, Edo Kayembe 73′ and Meschack Elia 76′ scored the goals for the Congolese who were the better side.

It was Sierra Leone’s second defeat in 4 days, and the Leopards dominated John Keister’s men.

The performance of Leone Stars wasn’t encouraging as they conceded 7 goals in two matches with a very poor approach to both games which many fans believed was embarrassing to the nation. 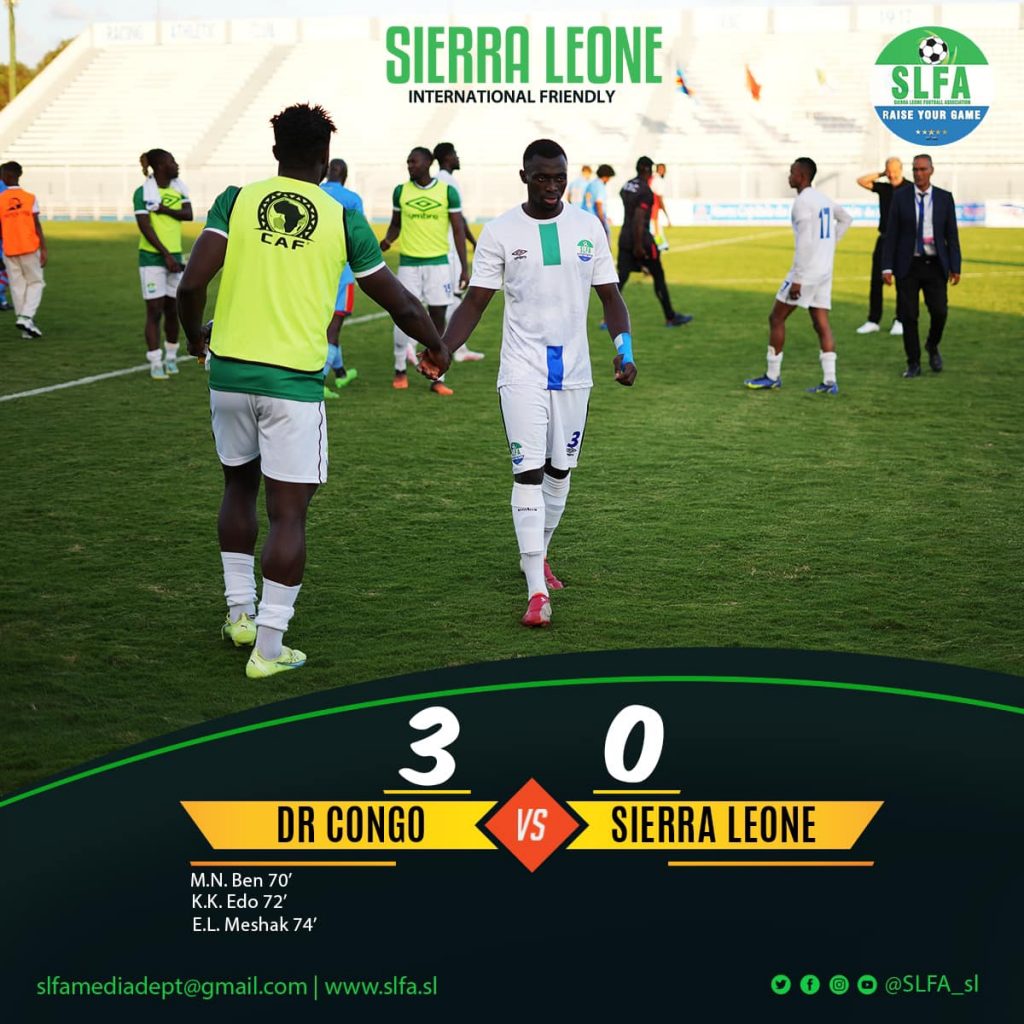 Keister who has been in charge of the team for 17 matches, has only won 3, and that was against Benin in the decisive AFCON qualifier match in Conakry, and Gambia and Congo in international friendlies hosted in Morocco and Turkey respectively.

Football fanatics in Sierra Leone have seriously criticized the coach for his poor record and his system of play, calling on the FA to replace him with someone who can reshape the team and prepare them for the TotalEnergies AFCON qualifiers next year.

“Keister is not good enough. He is very defensive and can’t produce any good result with this team. The FA should fire him and hire another coach who can put this team together”.

“We have a good team with talented lads. But because of his defensive style of play, we are not getting the result we anticipated. We shouldn’t be losing matches like that when we have a good number of players that are capable of playing good football”.

“As a coach, he has been making some wrong decisions with his timing in making substitutions. He will invite players he knows he won’t be using. Why invite someone that is not in your game plan? That’s a waste of government resources”, a fan lamented.

Despite the poor outing in the international window, Sierra Leone will now focus their attention to prepare the squad for their next qualifier match against Sao Tome in March 2023.