Fans of East End Lions Football club has frustratingly called on the attention of the management of the club to part ways with the head coach, Francis Zappa Koroma.

In a viral video on social media, the fans were seen shouting ‘Zappa must go’ in a very angry manner shortly after their goalless draw with Old Edwardians FC at the Trade Center playing field.

The reasons for calling on the management to sack the coach was unknown. But it has been rumored that the fans are not happy with the way the team is playing, and the results they are having are not encouraging.

According to the club’s statistics in the league, they’ve won three out of eight matches played. 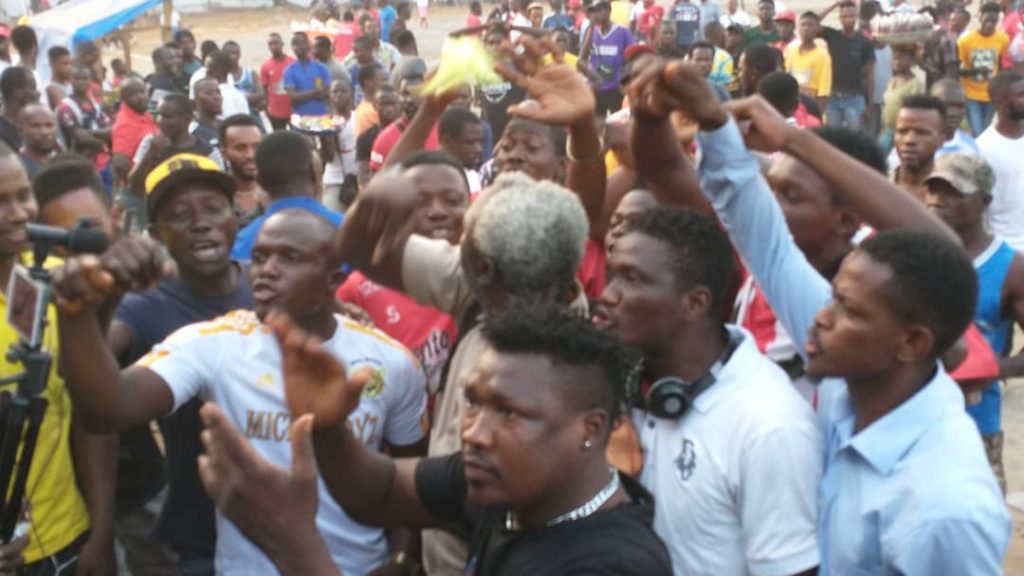 Lions started the season with a thumping 3-0 win at home, but ever since then, they’ve been struggling to win and recently they’ve failed to win against FC Johansen and Old Edwardians in their last two league matches.

While voicing out their grievances against the coach, a fan of the club, Osman Jalloh said: “The statistics are not good enough. I don’t think he is a good coach. The team is not playing convincing football. We don’t score to win, the players are sitting back and there is no fluent formation”.

“Lions is a big team. We want a coach who is technically minded and ready to lead the team with good system. We have some of the best players in the country, but we are not seeing their qualities in the team. It is the responsibility of the coach to bring out the best in them, so we can get the result we required as fans”, Jalloh lamented.

John Turay cited: Zappa is a failed coach. He can’t do anything better for Lions to challenge for the trophy. His best result is draw and he seems to be comfortable with that because he lacks winning mentality”.

“This is the same coach that failed at FCFC, Diamond Stars and Kamboi Eagles. His statistics as a coach in the league are not good. Low winning record with poor goalscoring tally. I don’t know why Lions appoint him. For me he is simply not the man for the job”, Turay added.

Zappa is under serious pressure at East End Lions, as the fans want him out before the next fixtures. He has fallen out of favor with them and they want him to be sacked with immediate effect.