Members of the Sierra Leone National Cycling Association (SLNCA) are preparing for their elective congress which is slated for June 30, 2022 in Freetown.

Cyclists who are paid-up members of the SLNCA are eager to go to congress and vote in those they depend on to bring a positive change and developmental mindset in the association. But it seems as if the process guiding towards the election is affected with unending setbacks, as there are no visible plans on how the voting will be taking place, where the election will be held and there is no list of paid up members. Hence every cyclists is claiming to be a delegate. 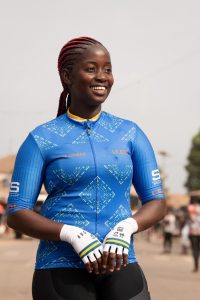 The Association has been on internal fighting over constitutional matters for more than 6 years and they are yet to put their house in order as they prepared to vote in a new executive that will be charged with the mandate to run the affairs of the sport for the next 4 years.

Michael Green a candidate vying for an executive position stated that all cyclists, including the veterans and active riders should put all grievances and petty quarrels aside to focus on the challenging issue before them. Which is the elective congress.

He stressed that time is not in their favor, the clock is ticking and time and tide wait for no man. “We need to collectively act fast and now is the time. All of us should bow our heads in shame at what is happening in cycling. We are the only sporting discipline in tatters. However, we still have time to fix our problems, work towards organizing a successful election and make a lasting change”.

Many of the cyclists who have declared their intentions to contest for positions and those who want to votes are complaining about not being able to pay their membership and nomination fees because there are lot of discrepancy in the process. And some of them said the treasurer who they should pay to is not communicating with them. 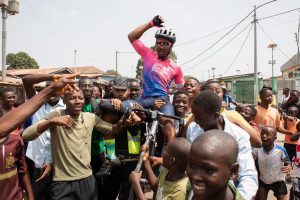 “l have my own nomination  fee but l am not in hast to make payment, it seems to be no structure in place for these payments. l am of the opinion that payment of fees for nomination must be made public at a meeting in the presence of all aspirants”, Green cited.

“This is the only way we can know how many people have actually paid and the amount collected. Transparency and accountability are key in this process. What is more worrisome, is the fact that since the treasurer, Solomon Collier was charged with the responsibility of collecting nomination fees, he has never communicate with us’.

“So one may wonder what is really happening? My question now is, is the present executive working as a team or are they operating individually? To me, frankly speaking, I am sensing a big crack in the executive structure. Until these problems are seriously addressed, going to that congress will be a mere dream”, Green expressed his frustration.

The cycling election has been rescheduled thrice, since December last year after the international cycling body, UCI gave them the mandate to go to congress. And since the start of this power struggle, the cyclists have missed out on chances to compete in major international tours. Most of the cyclists are frustrated over the situation. The only way to restore their lost glory and opportunity to represent the country again at world stage, is to vote in a new executive that will establish projects to make the new era productive and enviable.