Sierra Leone forward, Amadu Bakayoko has completed his move to league one side, Forest Green Rovers from Bolton Wanderers for an undisclosed fee, the club announced on Thursday.

Bakayoko who is the sixth signing for Forest Green Rovers in the January window, will be an important addition to Ian Burchnall’s attacking options.

“I am delighted to welcome Amadou to the club. He was our first choice for the position and we are excited to have secured his services for the foreseeable future.

“We hope his goal scoring ability, power and experience can help us in our push to win more games,” Head of Performance & Recruitment, Stevie Grieve, said.

The 27-year-old arrives with a wealth of EFL experience under his belt having played for the likes of Walsall, Coventry City and Bolton Wanderers.

The Sierra Leone international made a total of 67 appearances for Bolton and scored 17 goals after moving from Coventry City in the summer of 2021.

Bakayoko was Wanderers’ second top-scorer last season, becoming only the third player behind Eoin Doyle and Dapo Afolayan to register more than a dozen goals in a single season for the past 20 years. 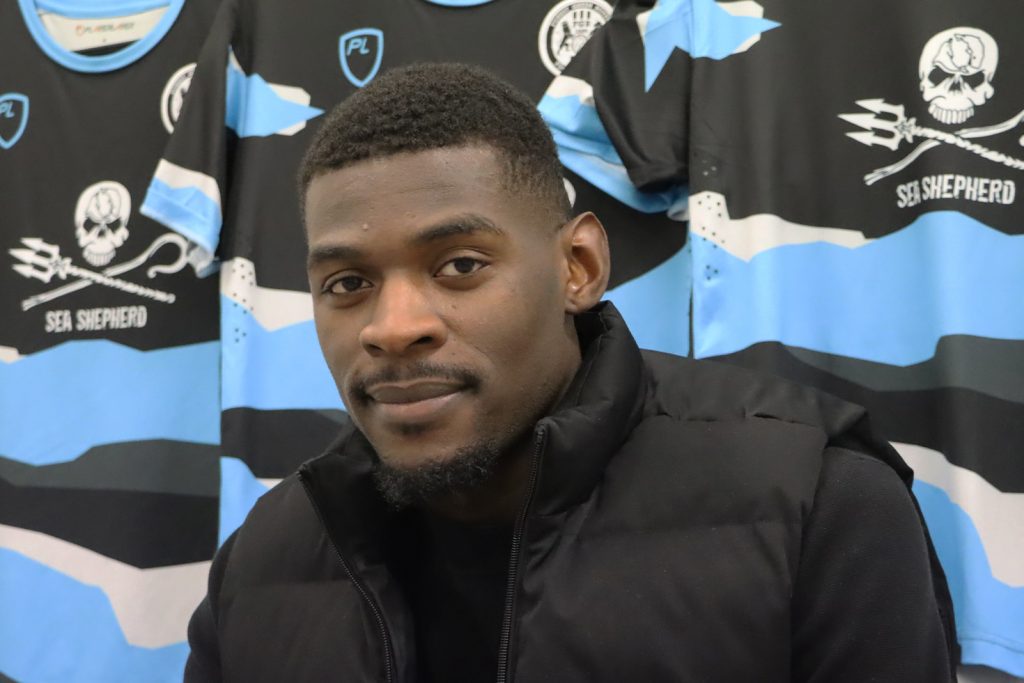 But this season, he has been struggling at Bolton to get a regular place in the first team with Dion Charles, Jon Dadi Bodvarsson, Elias Kachunga and Dapo Afolayan all playing more minutes.

Bakayoko only have five starts for Bolton in 28 appearances in all competitions.

He won his first international cap last summer, scoring on his debut against Liberia, and has since gone on to win four more caps for his country.

Bakayoko moved to the UK as a teenager and was quickly snapped up by Walsall. He made his Saddlers debut in April 2014 – and loan spells to Southport, AFC Telford United and Worcester City soon followed.

The towering forward left Walsall in 2018 having made over 100 appearances for the club. He was signed by Coventry City and he helped the Sky Blues to the League One title in 2020.

In the summer of 2021, Bolton snapped up the striker – and he had a sensational goal scoring record for the Trotters last season, with 13 goals from 17 starts.

He averaged a goal contribution every 92 minutes across all competitions. This term, he has bagged four goals in 801 minutes played.

“I’m really happy to be here and I can’t wait for the second half of the season.

“I want to help the team as much as I can and hopefully I can get the best out of myself as well.

“I will bring lots of energy and I’ll attack any balls that come into the box. Goals are everything for a striker”, Bakayoko said.